11/12/2019
Every Architect Must Visit These Cities, to Explore Indian Architecture

Five long years at Architecture School are incomplete if you aren’t chalking out time to explore some of the more stunning cities in our country — those that pack a punch when it comes to design, culture and history. Admittedly, this list just kept burgeoning once I got down to doing an informal survey. Remember the creative benefits of keeping a sketchbook at hand, mingle with the locals, avoid large groups {like the plague, if you can!} — and bear witness! 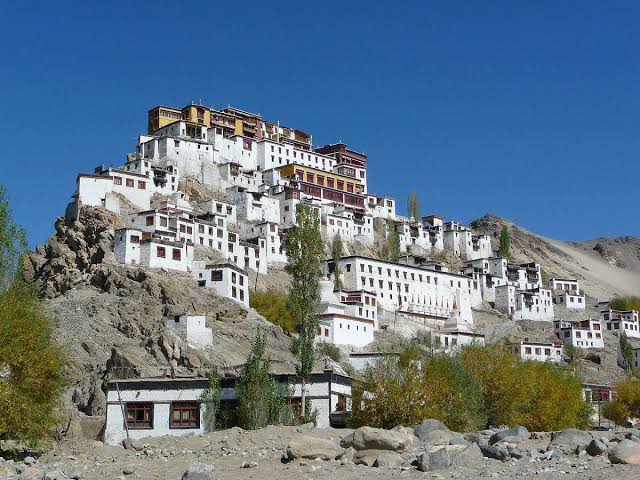 The terrain and the Tibetan monasteries — epitomes of cold climate, vernacular architecture. These are invaluable references to understand site relationships and building systems. Chandigarh being the only complete example of Nehruvian vision translated into city design is worth a dekko. See how, ironically, the current population adjusts to miscalculations made in a bygone era. Visit it “to learn the importance of not designing like Corbusier!” And while all this Modernism overload is great, miss not late artist Nek Chand’s phenomenal labour-of-love, the Rock Garden — a sensual labyrinth of textures that serves as a striking commentary on the geometric grid that is Chandigarh. 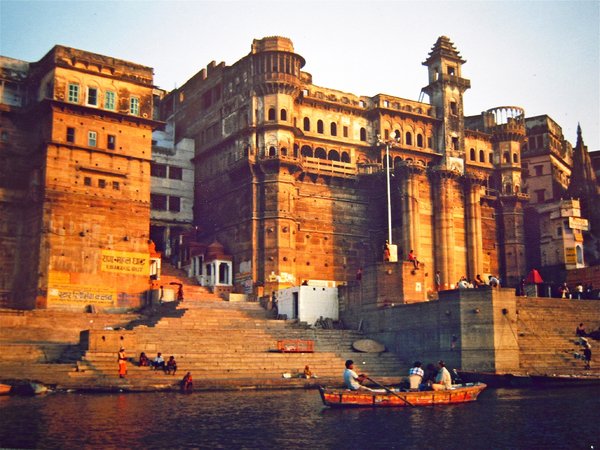 The ghats and temples, to witness the chaos of Indian street life, and the fervour of religious devotion that life on the ghats revolves around. Make Diana Eck’s wonderful book ‘Banaras: City of Light your companion, and search the place for mythic symbolisms if you dare. 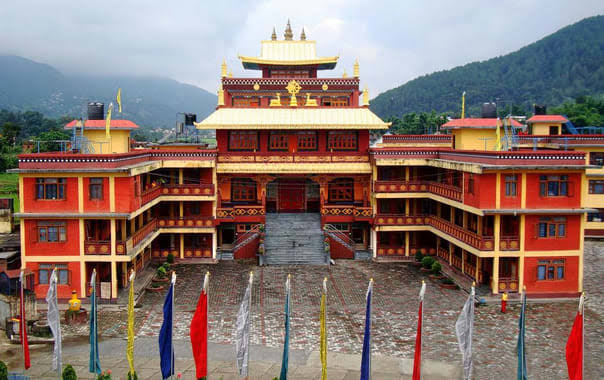 Its streets — as you get lost in them, they may wind up in someone’s house or open up to fantastic views of mountains! Sometimes you may have to pass through someone’s house, where the lady cooking or the uncle watching TV will all welcome you. The peculiarity about Gangtok is the manner in which ornamentation lends a traditional appearance, even though the buildings may be of concrete. But if you want to see traditional architecture, then villages in Sikkim are the best places to be. 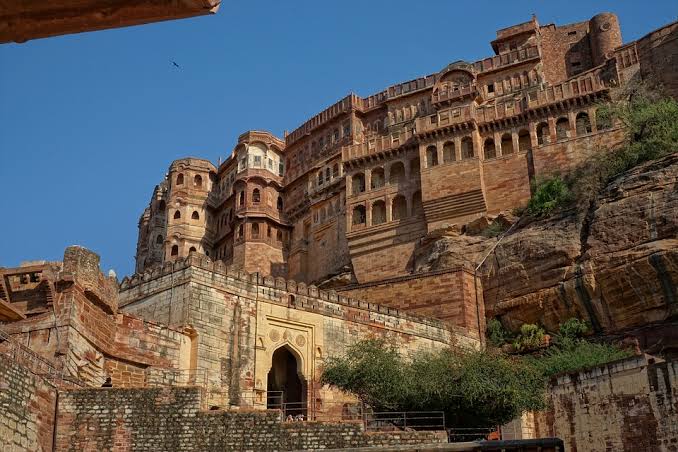 Jodhpur wins its place for exemplifying the organic growth process of an old city. As one architect explains, “It’s a robust city with a kind of roughness. One must visit it to understand the settlement’s relationship to topography and water, the variety of house types that evolved due to land and social structure.” To observe the principles that generate the spaces of these kinds of cities {organic-accretive}, I’d say there isn’t a better laboratory than Jodhpur. 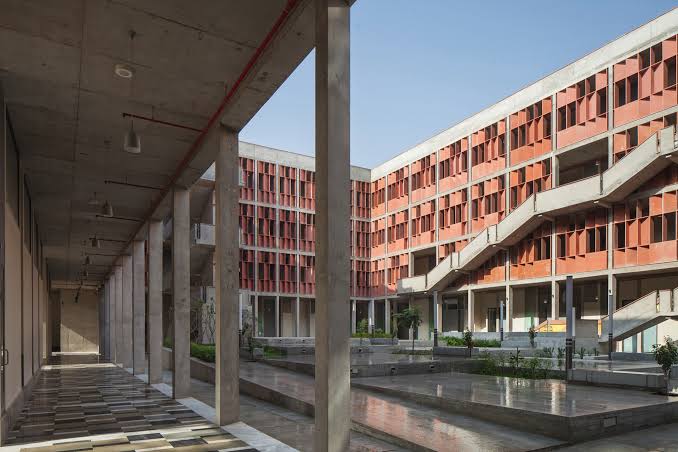 For being “the mecca of modern architecture in India” — probably the only city in the world to have good examples of both Corbusier and Louis Kahn in it {interestingly, Wright had also proposed a building here}. Besides these, a plethora of contemporary buildings, particularly by BV Doshi, and heritage structures like stepwells and mosques, necessitate a 4-5 day trip to this city. 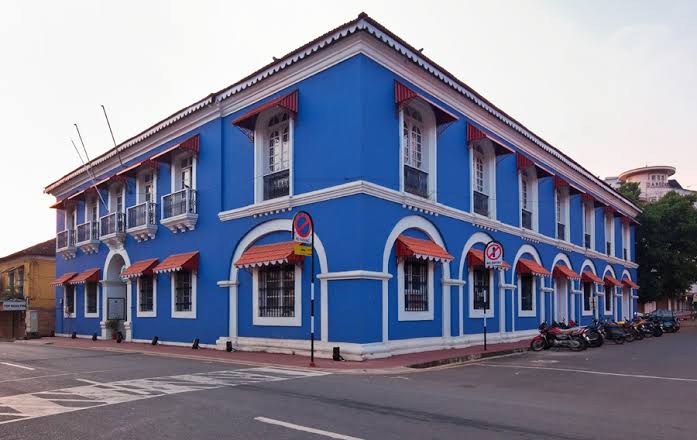 Because, the parallels this city offers to the ‘mainstream culture’ represented by major cities above, makes it a city well worth a visit, as also for the blend of Portuguese colonial culture with that of the communities along the coastline of Goa. Churches, temples and ruins evoke monumentality, while the old houses and urban spaces are worth studying in themselves. 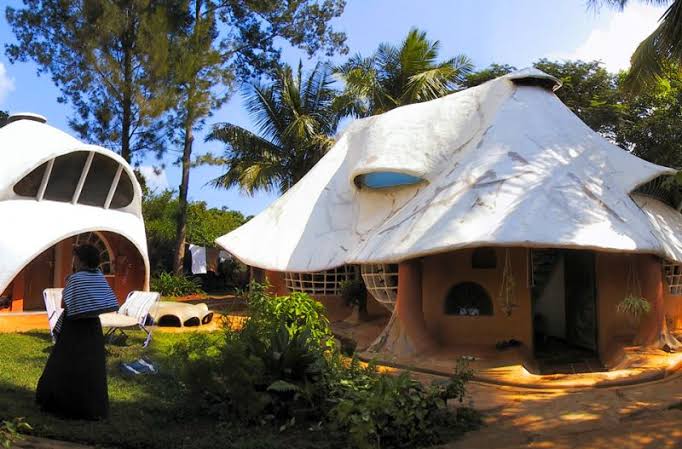 Auroville is a bold, utopic experiment in spiritual and sustainable living. It is an international community of around 2,500 people near Pondicherry, offering several volunteering opportunities {the place is best understood from within}. Go there to observe the ongoing experiments in building materials and to experience an alternate lifestyle based on life-work balance and community living.

The stunning Temple Towns of South India — primarily Trichy, which has the exemplary Srirangam town — is a bustling place with religion at its very diagrammatic centre. This is another plan that is an eternal reference point for its religious centre, concentric boundaries, scales of gateways, etc. Besides these temples, the city itself is a joy to observe. As one architect put it, “How many cities still have a garden in which they grow flowers to be placed in the temple. Jasmine no less, that you can smell as you walk down the street to it!” 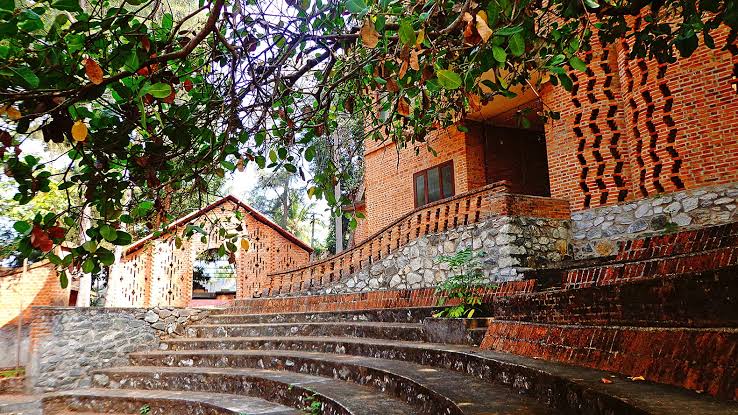 This city is a must-visit because of its  traditional architecture, typical of this equatorial climatic region; and the works of Laurie Baker, which create a true benchmark in terms of cost-effective design.