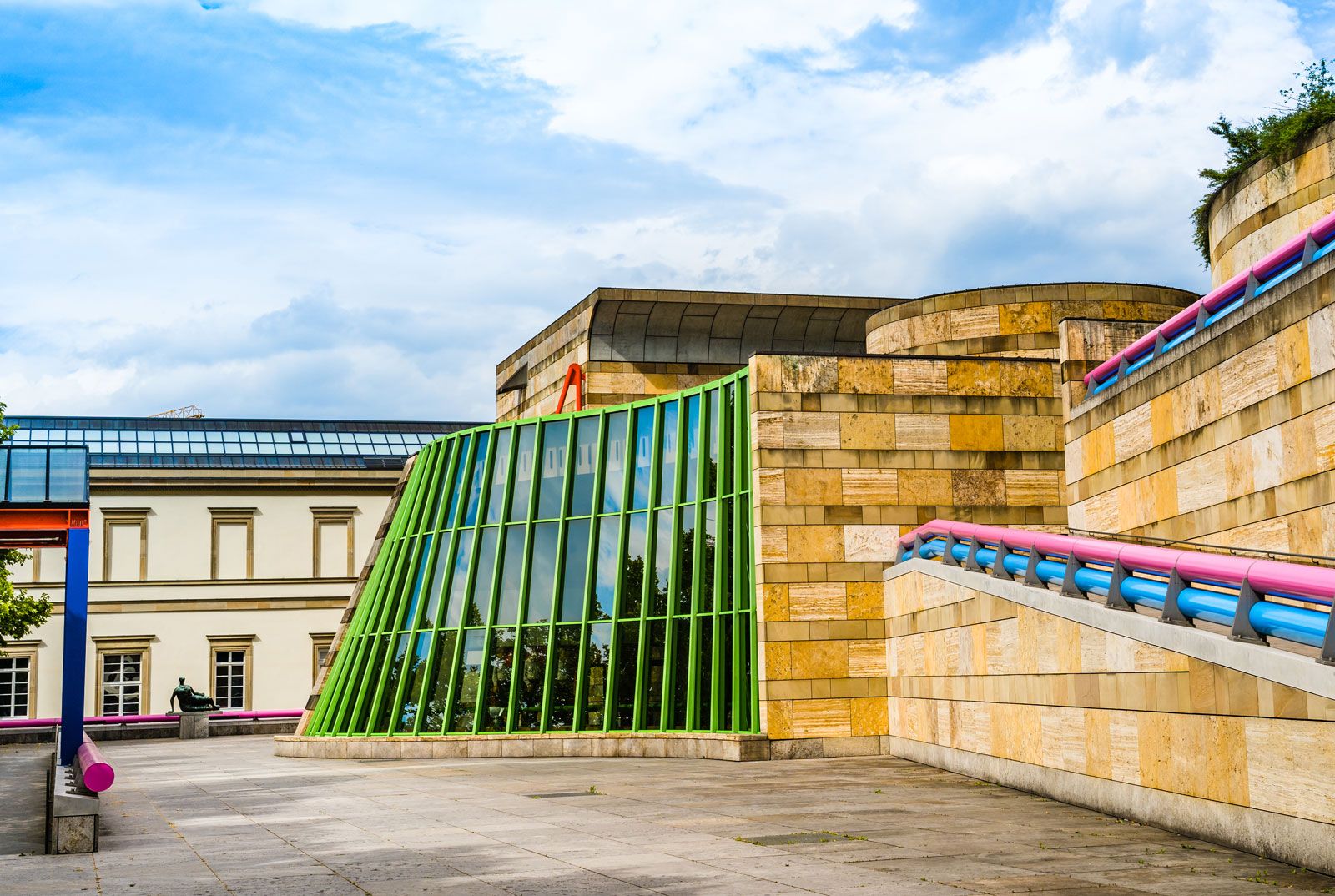 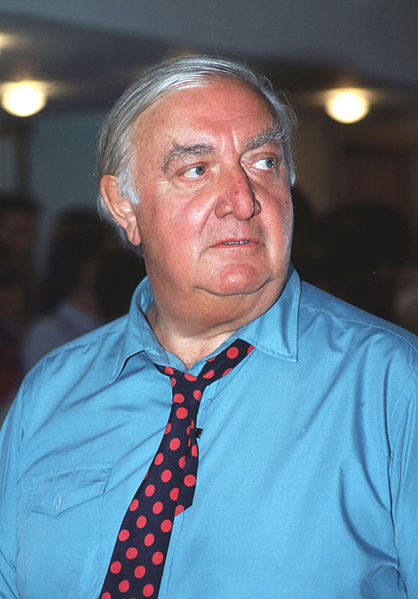 British architect James Stirling (1926-1992) is best remembered as a rebel of the Modernist movement.His authentic ideologies around design set him apart from conformists. Having blatantly disregarded the trends of his era, his work was pivotal in the formulation of a new style: The Post-Modernist Movement.His flamboyant designs included forms, colours and complex circulation patterns, openly defied conventional norms like minimalism and simplicity. For his endeavours in the architectural field, he received the prestigious Pritzker Prize.

James Stirling won a design competition to develop the Neue Staatsgalerie, Stuttgart in 1979. The project was dedicated to restoring the Alte Staatsgalerie, the old gallery, along with building a promenade. The sloping nature of the site would have been problematic for architects. However, James Stirling took advantage of the contoured plot to justify his elaborate methodology.

Consequently, the site has many levels. The gallery itself starts from the 1st floor while the ground flooris for parking. On reaching the 1st floor, the elusive gallery becomes completely visible. The wavy steel and glass façade is the eye-catching feature of the façade. The distinct green steel members aresurrounded by contradictory high walls made of exposed sandstone and travertine. These are distinctive features of the neoclassical architecture that utilise enormity to generate an aesthetic appeal. The neoclassical elements are recreated like that of the Alte Staatsgalerie that was made in the early 1800s. 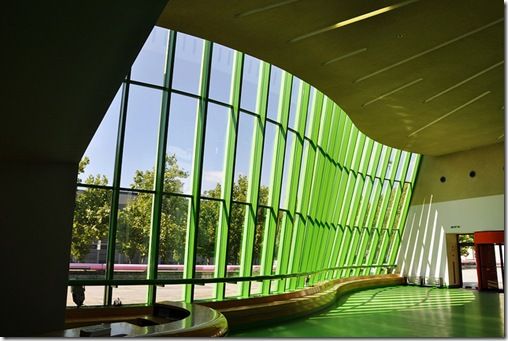 On entering the gallery, it becomes evident that the project is a labyrinth of contrasting features.Modern materials like concrete are used with Greek or Roman columns and arches to create drama. What’s more, the floor is bright green adding to the visual chaos that captures everyone’s attention. 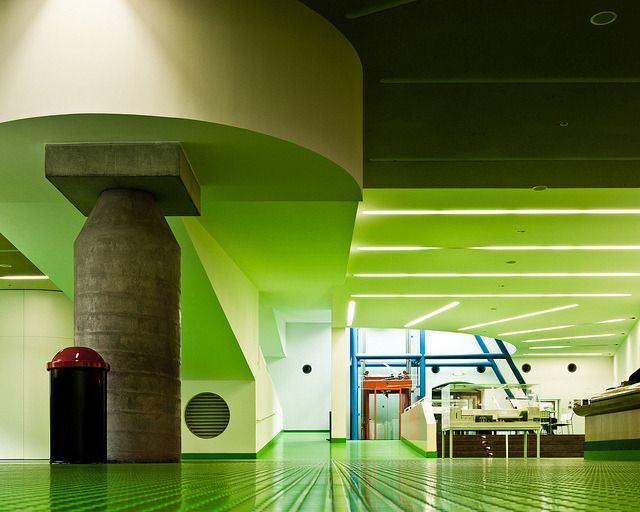 The various levels of the gallery are made accessible by ramps and stairs articulately woven into the fabric of the gallery. On the original level of the gallery, there are a series of interlocking rooms which contain various works of art. The rooms are basically rectangular which seemingly transports one to a regular gallery. This is another hint at the contradictory nature of James Stirling’s masterpiece. The abstract form of the gallery extends to the mere simplicity of a regular building amalgamating it into the rest of the structure.

The network of stairs and ramps indirectly lead to the circular atrium at the heart of the project. Eachcirculation space leading up to and into the central atrium provides a diverse experience that allows people to enjoy the building. It is a well-known fact that James Stirling looked up to Le Corbusier. These circulation patterns are reminiscent of Le Corbusier’s Villa Savoye which used both ramps and staircases to invoke different emotions.

The blend of complexity and functionality in the Neue Staatsgalerie makes it an intriguing project. James Stirling can be credited with fashioning a holistic experience, rather than simply constructing a building.