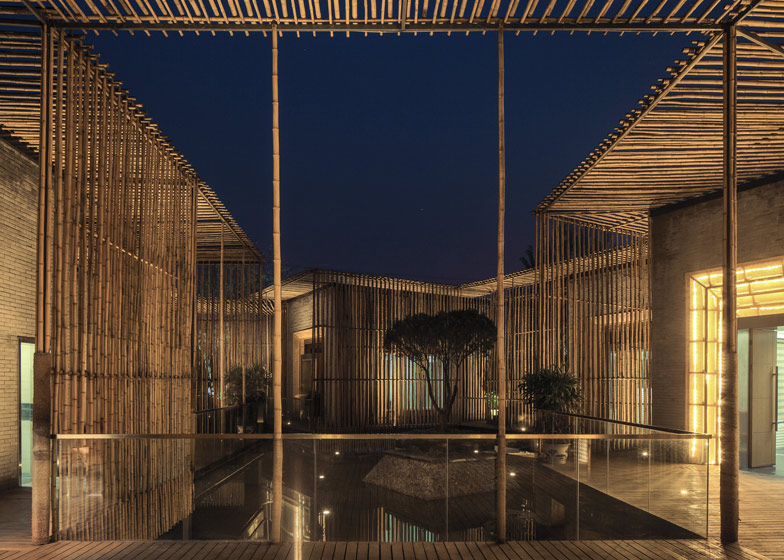 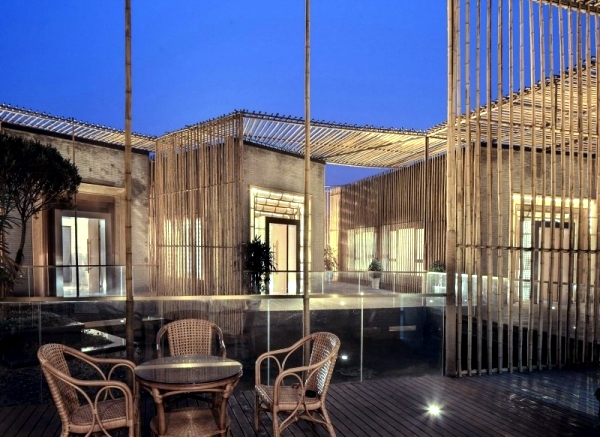 One of China’s most precious culture heritages has remained popular throughout the thousands of years. As tea leaves come from modest tea trees, through the long process of picking the leaves, drying the leaves and finally produces a cup of tea. 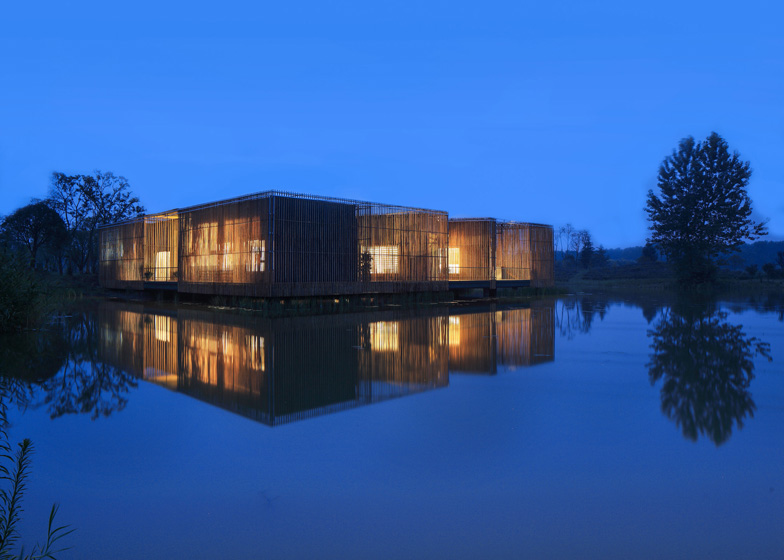 Thus, tea requires an unassuming setting in order to understand its lengthy process. Today, the appreciation of Chinese tea has become an art and furthermore, many teahouses are designed for this purpose.Amongst the lush ShiQiao garden, stands this humble tea house which embraces the traditional Chinese garden fundamentals while blending into the natural environment. 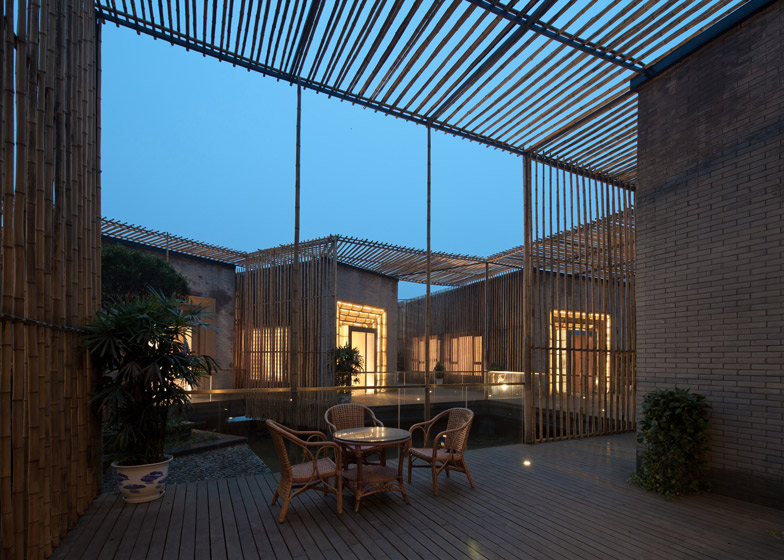 Kontum Indochine Café by Vo Trong Nghia Architects, in Kontum, Vietnam. The Kontum Indochine Café is located in Kontum, Vietnam. It was designed by Vo Trong Nghia Architects and was built in January 2013 This bamboo creation has an area of 551 square meters (5,390 square feet) and is located near the Dakbla River in Kontum city. It is part of a hotel complex in which the natural color of the bamboo creates an open space where the hotel’s guests can have a different dining experience. The café has a breakfast, dinner, and tea area for the guests. Bamboos are some of the fastest-growing plants in the world, due to a unique rhizome-dependent system. Certain species can grow 35 inches within a 24-hour period, at a rate of three centimeters an hour (a growth of approximately one millimeter every two minutes). Bamboo has a higher compressive strength than other wood, brick, or concrete and a tensile strength that rivals steel.

Thai designer Nattapon Klinsuwan of NKWD was inspired by the rock formations that create natural divisions in caves, where he noticed that "often the stalactite and stalagmite will connect and become a column, then a wall, creating rooms."

To emulate this effect in the design for a hair salon interior, thousands of bamboo rods were hung from the ceiling in different lengths – in some places long enough to touch the floor – to create screens and permeable walls, separating the shampooing and colouring areas from the main space. 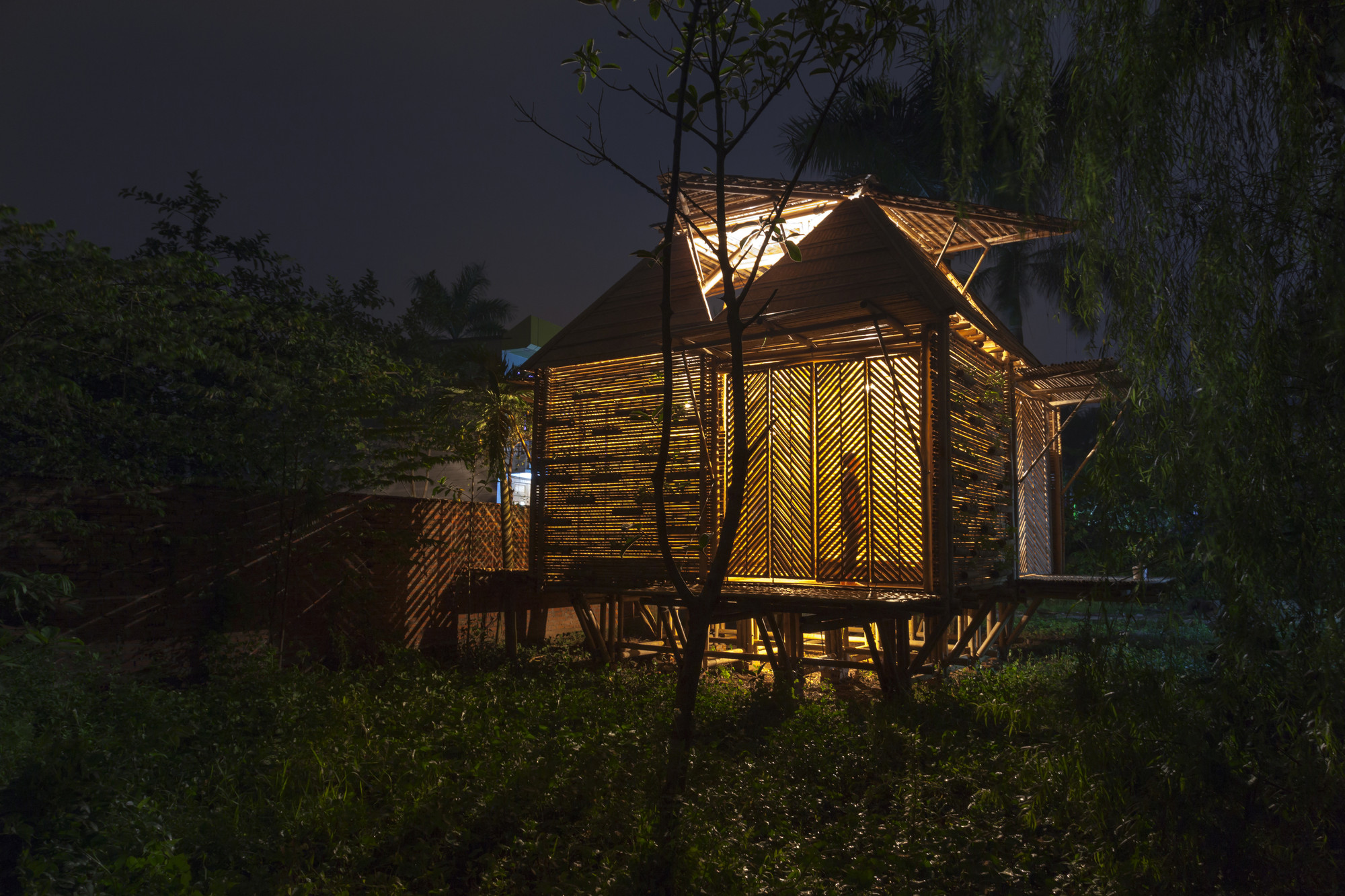 The prototype house was designed by Vietnamese studio H&P Architects to sit on stilts in an attempt to create a structure that could withstand floods up to three metres above ground. Tightly packed rows of bamboo cane are used to form the floors, walls and roof, which can be propped open for additional ventilation.

"The house can keep people warm in the most severe conditions and help them control activities in the future, also contributing to ecological development as well as economic stabilisation," said the architects.

Designed in the same style as traditional theatres built since the 1950s, this pop-up bamboo building in Hong Kong's new West Kowloon Cultural District hosted Cantonese operas as part of the city's New Year celebrations in 2013.

William Lim of local architects CL3 stretched orange nylon sheets over a tiered roof to imitate the ancient palaces of Beijing's Forbidden City, and the interior and exterior were festooned with red and gold decorations.

House in the Philippines by Atelier Sacha Cotture 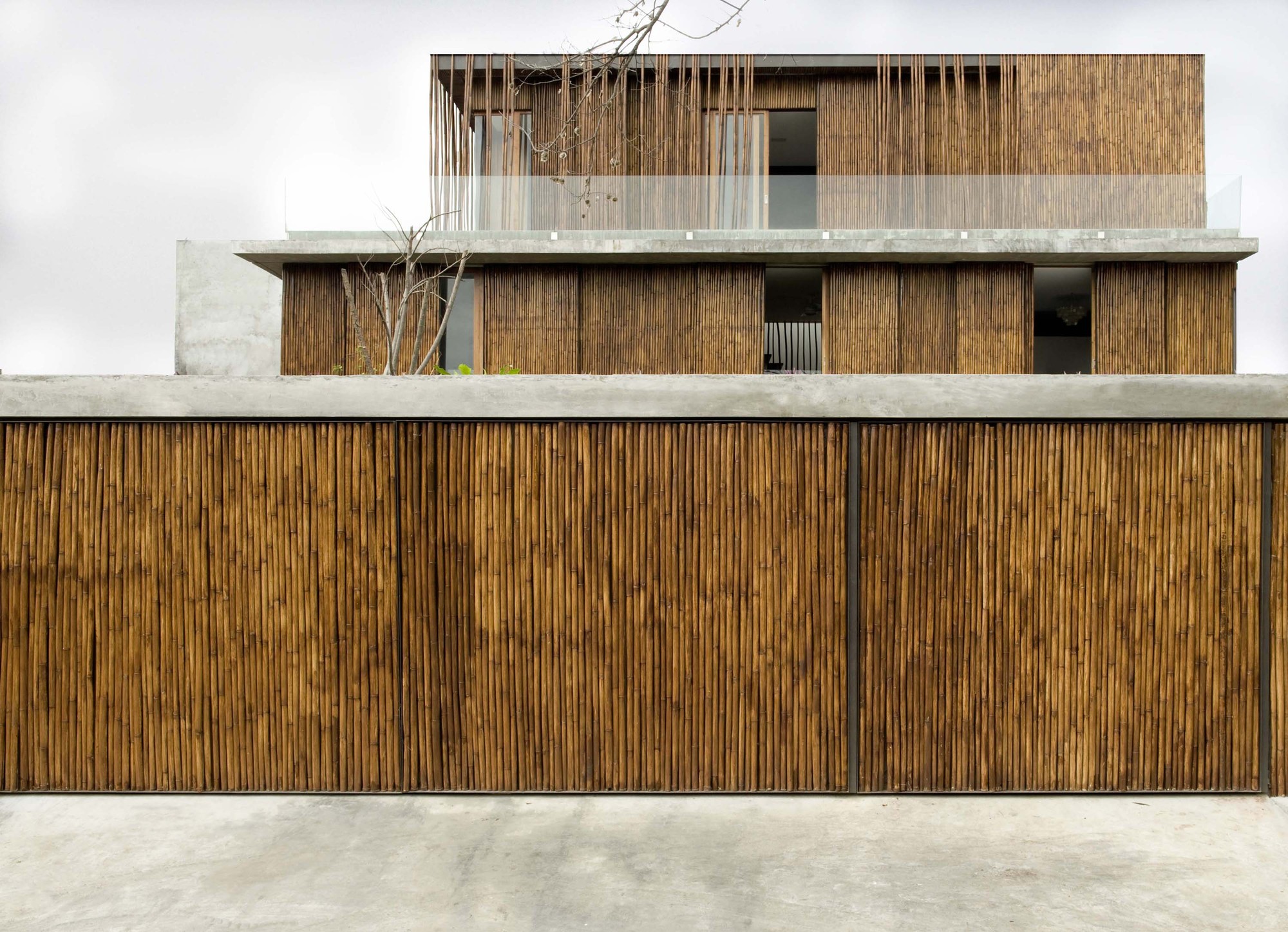 Surrounded with bamboo cladding, this house by Swiss-Filipino studio Atelier Sacha Cotture wraps around a central courtyard to restrict views of the interior from adjacent properties. 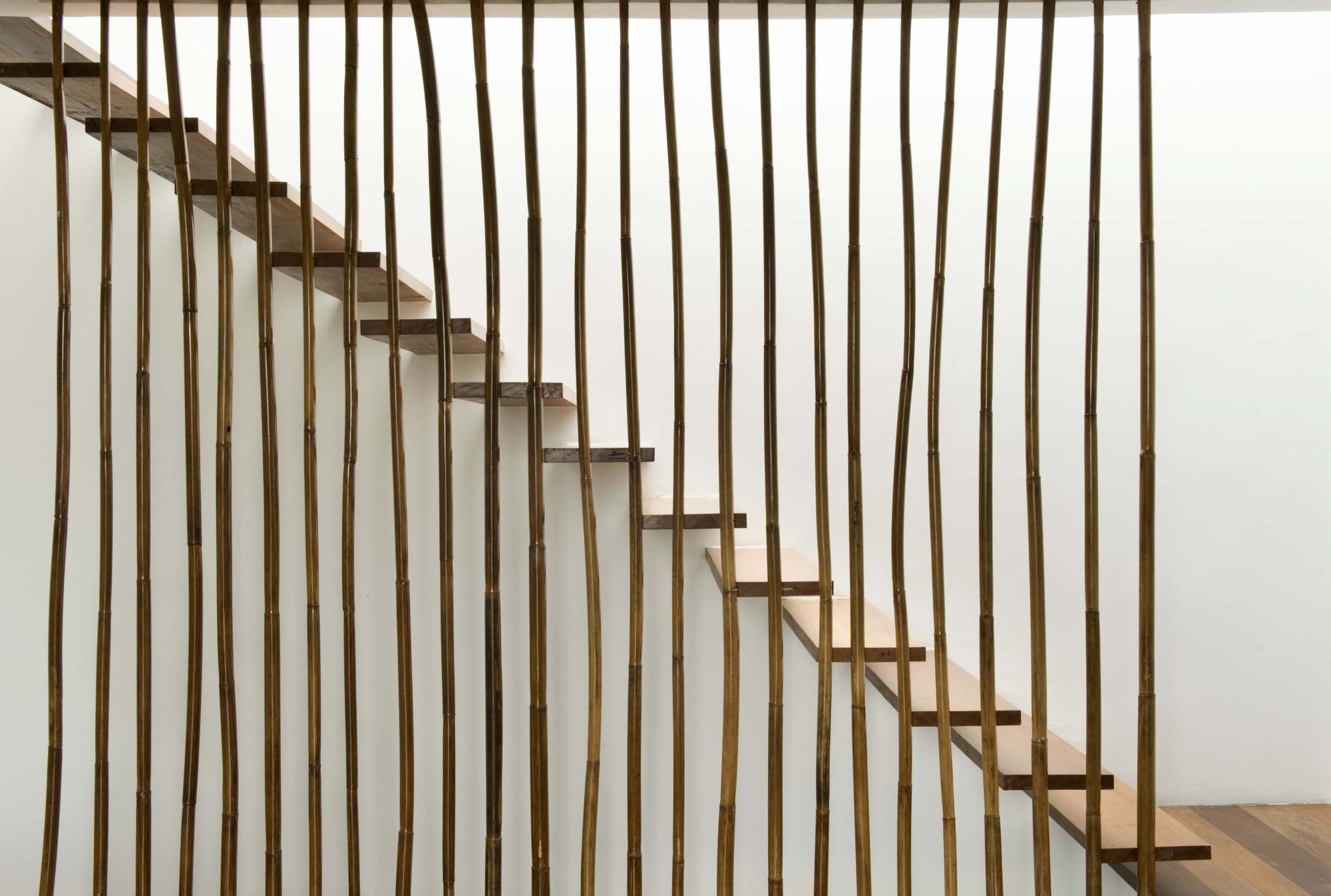 Explaining the choice of bamboo, the architects said: "It is a low cost and sustainable material that grows intensively locally. This material has been historically used in the country for the fabrication of handicrafts, native architecture and utilitarian objects."