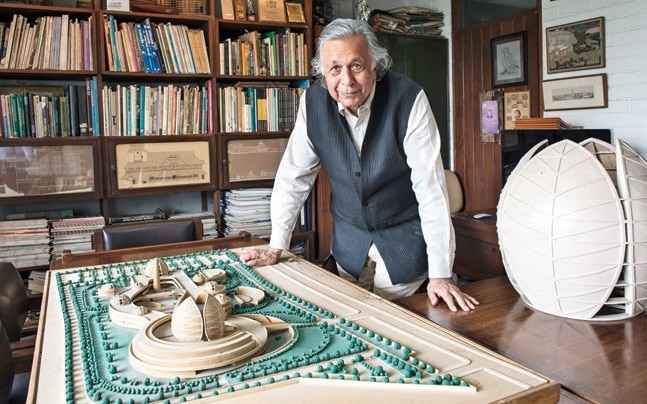 24/07/2020
Raj Rewal – A legend in the field of design, sustainability and architecture

Raj Rewal, one of India's leading architects whose urban design narratives has set precedents globally to meet the rising standards of living. Rewal has completed five decades in the field of architecture. The Gold Medalist 1989 (by IIA) is known to promote both craftsmanship and new technologies, stresses the need for a well-structured shelter for urban people in India. Throughout his career he attempted to fuse poetic elements of space and light with empirical values to create his designs.

Rewal conceptualizes his institutions and housing projects as miniature cities. He arranges buildings in the form of interlocking blocks, organizes them around multiple courtyards, and links them with shaded paths highlighted by gateways. At times, the buildings look monumental and monolithic like citadels. Some are like structures in terraced gardens. In either case, they are well crafted. The creative use of stone, particularly sandstone, is impressive and produces a visual similarity among his buildings.

You believe in the rasa of architecture. What is that?

Every building has a spirit, called rasa in architecture. Some buildings are powerful and dynamic and some are gentle and quiet, but all need to be user friendly. The first job of an architect is to fulfill the functional aspects of a building and after that the second part of the job is to do it very well so that people enjoy being there.

How many projects do you work on at the same time?

Ideally, he would like to do three projects at a time. One at the design and model stage, another at the working drawing phase and the third when it is on the site.

What kind of projects do you like to design? 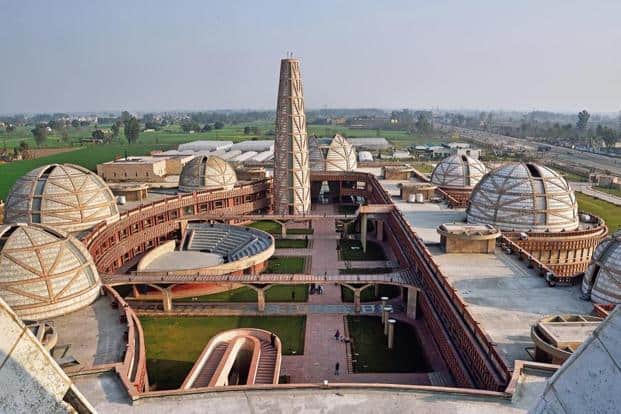 He would like to do larger projects. This is far more fulfilling than simple functional concerns. The humanist content in a building is very important. There should be some poetry about the building. In starting, Le Corbusier and Louis I Kahn greatly influenced him. However, over a period of time true inspiration comes from traditional Indian architecture for him.

Architecture in India, then and now...?

There was a point of time when the senior architects judged the competition and professional fee was awarded. Slowly this degenerated and the public sector started givingworks on quotations. It's important that people who commission or judge a work of architecture, go and see the building.

The 80-year-old architect said “For me the space, light and structure in a well-crafted building is the core value of architecture. The difference between an artist and architect is that while an artist exhibits his personal values while an architect on the other side exhibits not only his personal aspirations, but also the collectively”. He considers architecture as both pragmatic and poetic, one which can serve as a basis of "solving our problems and raising certain issues related to urbanism.