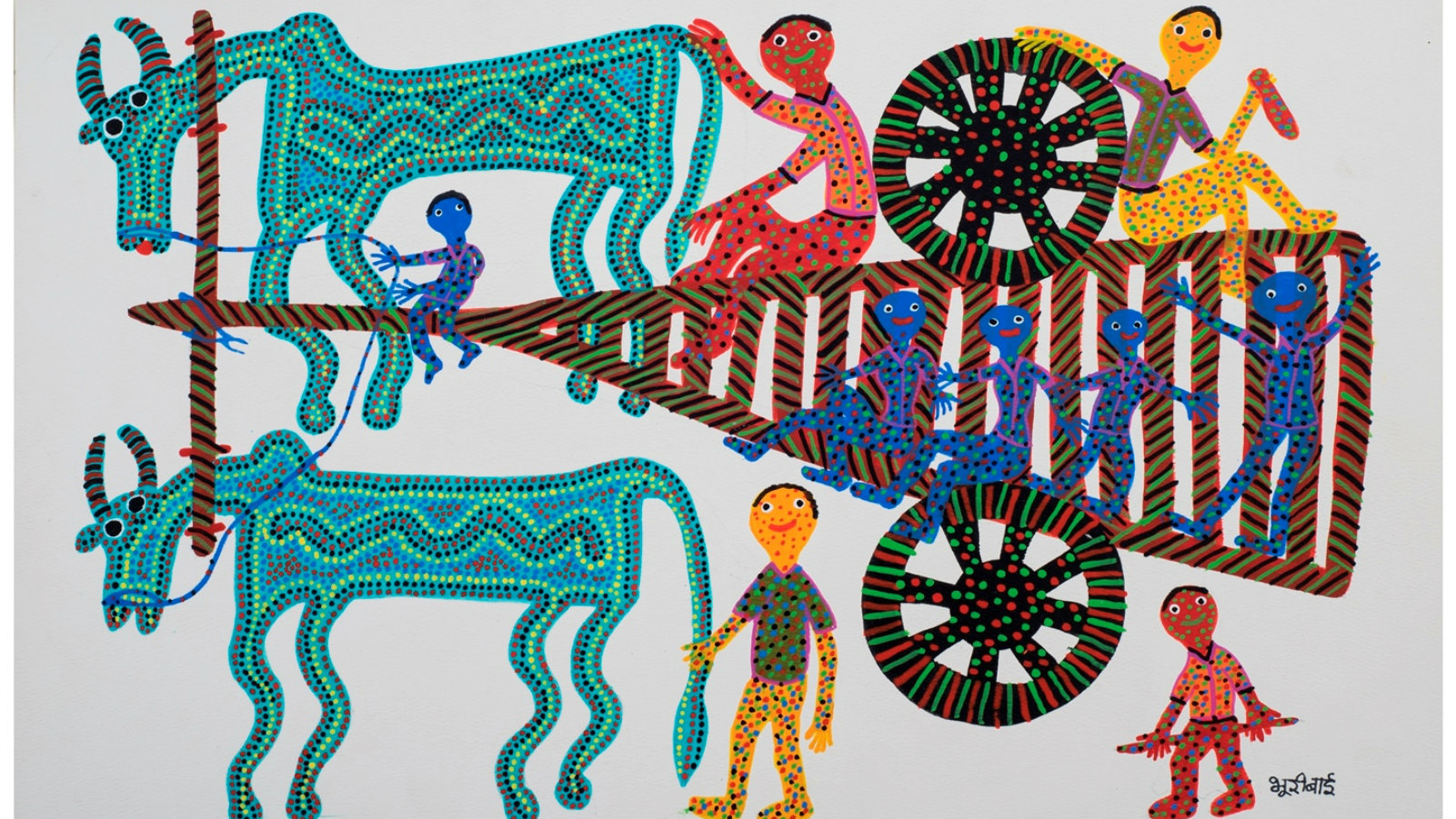 The paintings of iconic Indian artists such as MF Husain and VS Gaitonde may raise millions of dollars at global auctions, but there’s a whole world of tribal talent that remains largely unknown, even within India.

To change this, an upcoming online platform is putting these unsung artists front and centre, highlighting the unique paintings of the Gonds from Madhya Pradesh and the Warli in Maharashtra, among others. Tribal Art Forms, a collaboration between the contemporary art galleries Exhibit320 and BluePrint12, aims to raise awareness about India’s diverse tribal art forms, and give its master artists the recognition they deserve.

“…when you travel abroad, you realise a lot of this art is really appreciated abroad. They understand the value and that it’s not going to be here to stay for a very long time,” Rasika Kajaria, owner and chief operating officer of Exhibit320, told Quartz. “And in India the value is not understood. It seems to most that it’s here, it’s available, but the point is it’s not anymore, and the number of people making it is reducing every single day.”

For decades, India’s tribal communities have been creating unique paintings, featuring animal figures and nature-based themes, which document their distinct cultures and beliefs. The colourful Madhubani paintings of Bihar and the Kalighat paintings of Kolkata are relatively well-known, but in recent years it’s become harder to sustain India’s tribal art heritage. While the government has launched schemes and even cultural academies to promote tribal art, surviving on painting alone isn’t sustainable any more for the younger generations of these artists. Many are shifting to more commercially viable occupations, which could mark the end of age-old traditions.

On Tribal Art Forms, which will launch in early February to coincide with the India Art Fair, the goal is to reverse this trend by educating art-lovers about the real value of tribal art, and giving artists a platform to present their own work under their own names. The team travelled to tribal communities in Madhya Pradesh, Maharashtra, Rajasthan, and West Bengal to meet local artists, 20 of whom will be featured on the website initially. Visitors will be able to read about each individual artist and understand his or her work in context, besides being able to buy their pieces. Eventually, Kajaria explained, Tribal Art Forms plans to include more artists, and organise lectures and publish books about them, too.

“We’re trying to make sure that the next of kin, the children, are encouraged to continue their art forms and not move away from it,” she said. “We also have to make it viable for them. If it’s not viable, it’s not going to flourish.”

Among the artists that will be featured on the platform are the wife and children of the Gond painter Jangarh Singh Shyam, arguably one of the few individually renowned tribal artists from India. Known for his vibrant paintings of gods and goddesses, birds, and animals, Shyam catapulted to international fame in the 1990s, and exhibited his work around the world. But his untimely death by suicide in 2001 revealed the struggles that tribal artists encounter in a market ever trying to deny them the fair value of their work.

And that’s where Tribal Art Forms comes in. By showing tribal art in a new light, not as simply a cottage industry but as a fine art supported by galleries, the team is working to make it as recognisable and valued as the works of India’s more established artists.

Here’s some of the artwork that will be on display on Tribal Art Forms: 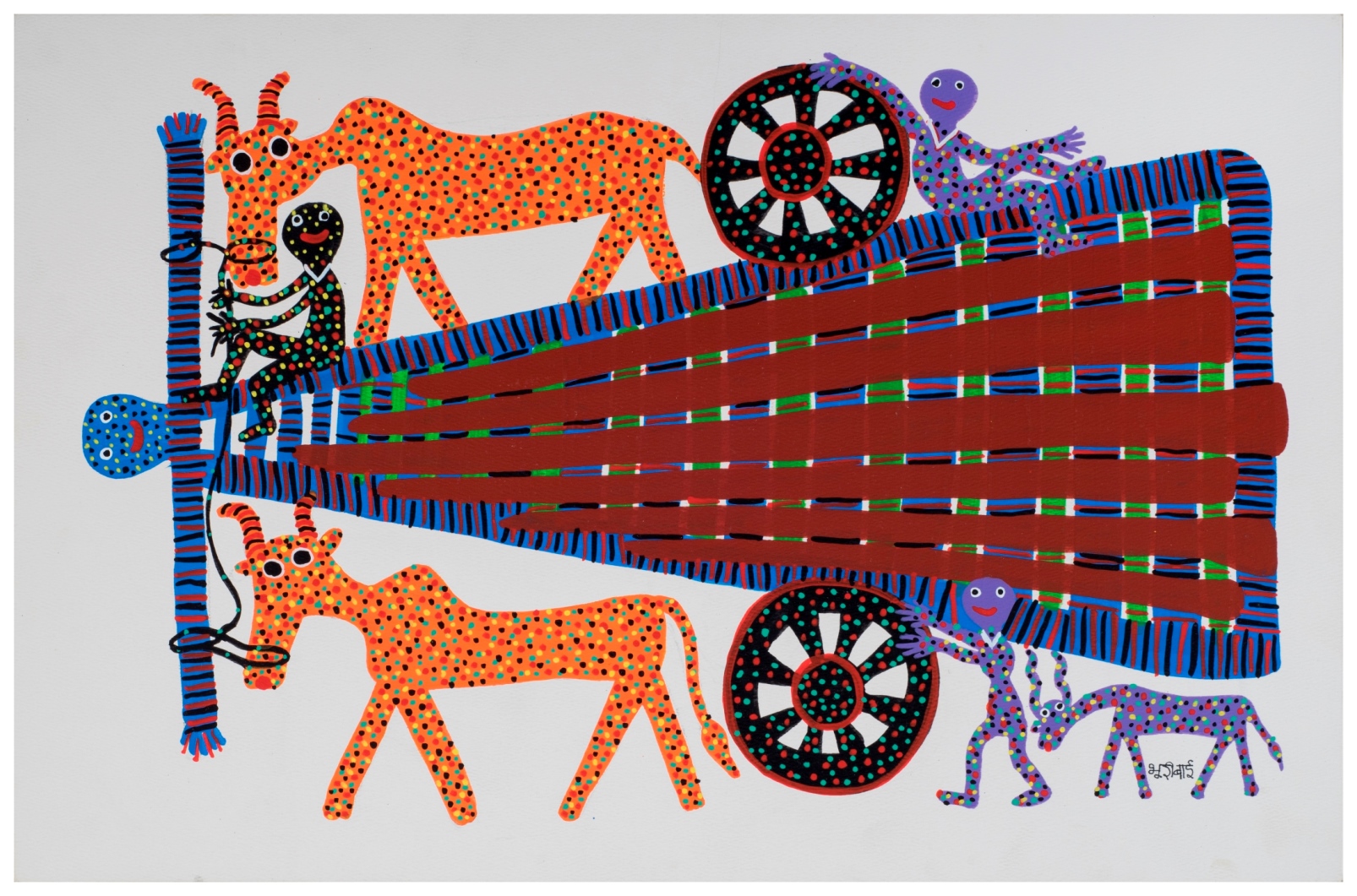 Bhuri Bai, Untitled, acrylic on paper. An artist from the Bhil tribal community, Bhuri Bai uses a distinctive dotted colouring technique to bring animals to life on her canvas. 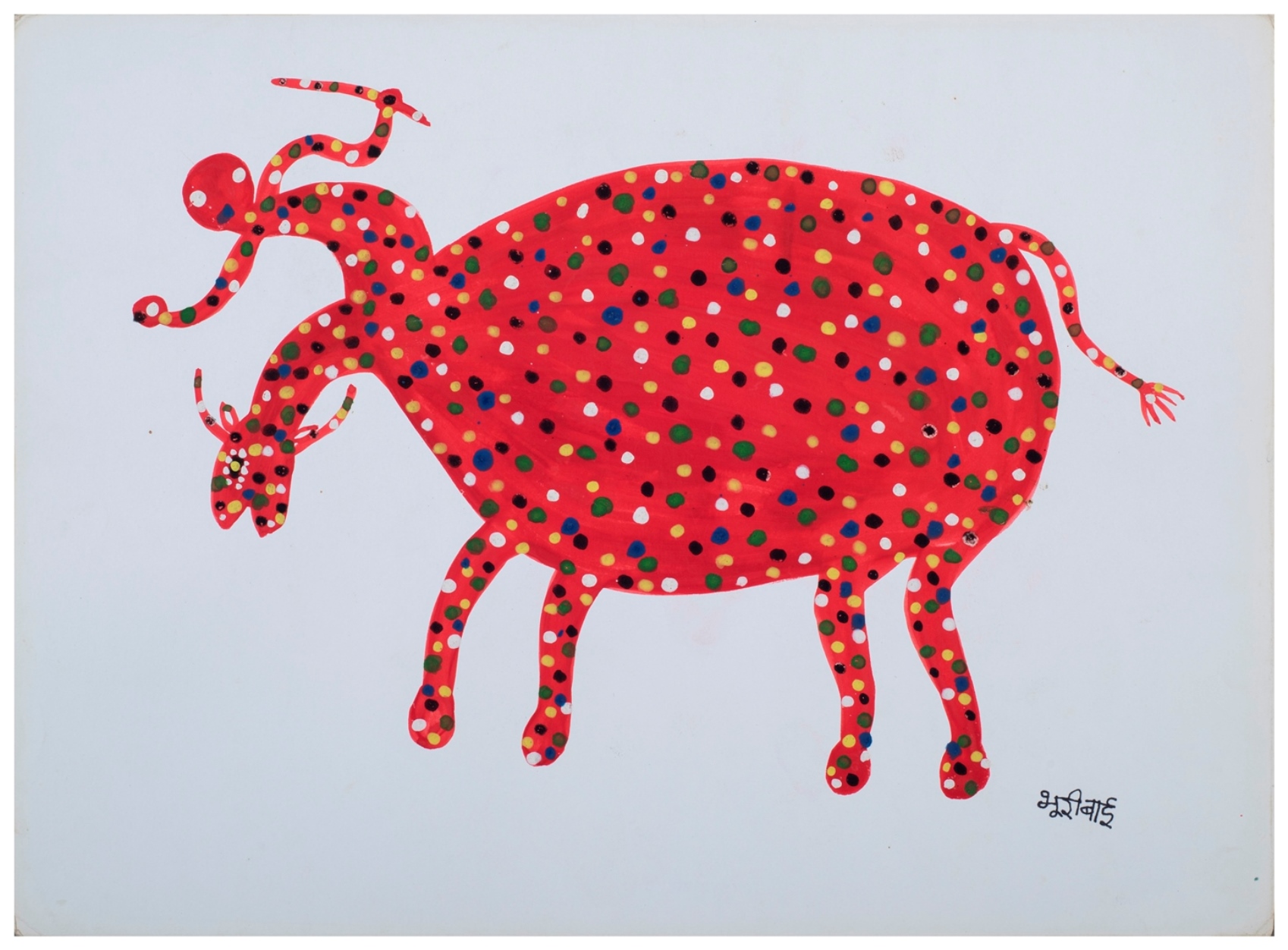 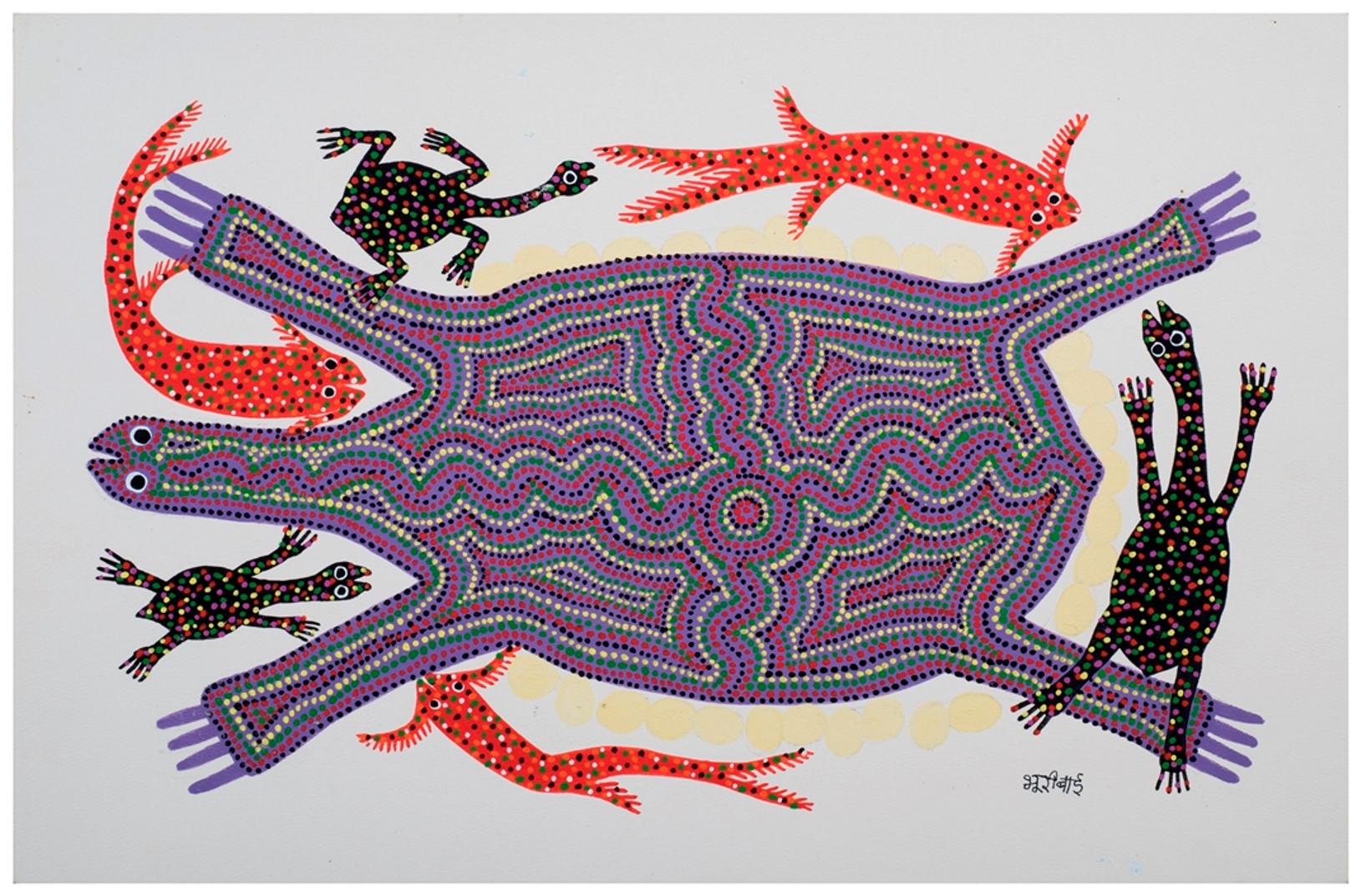 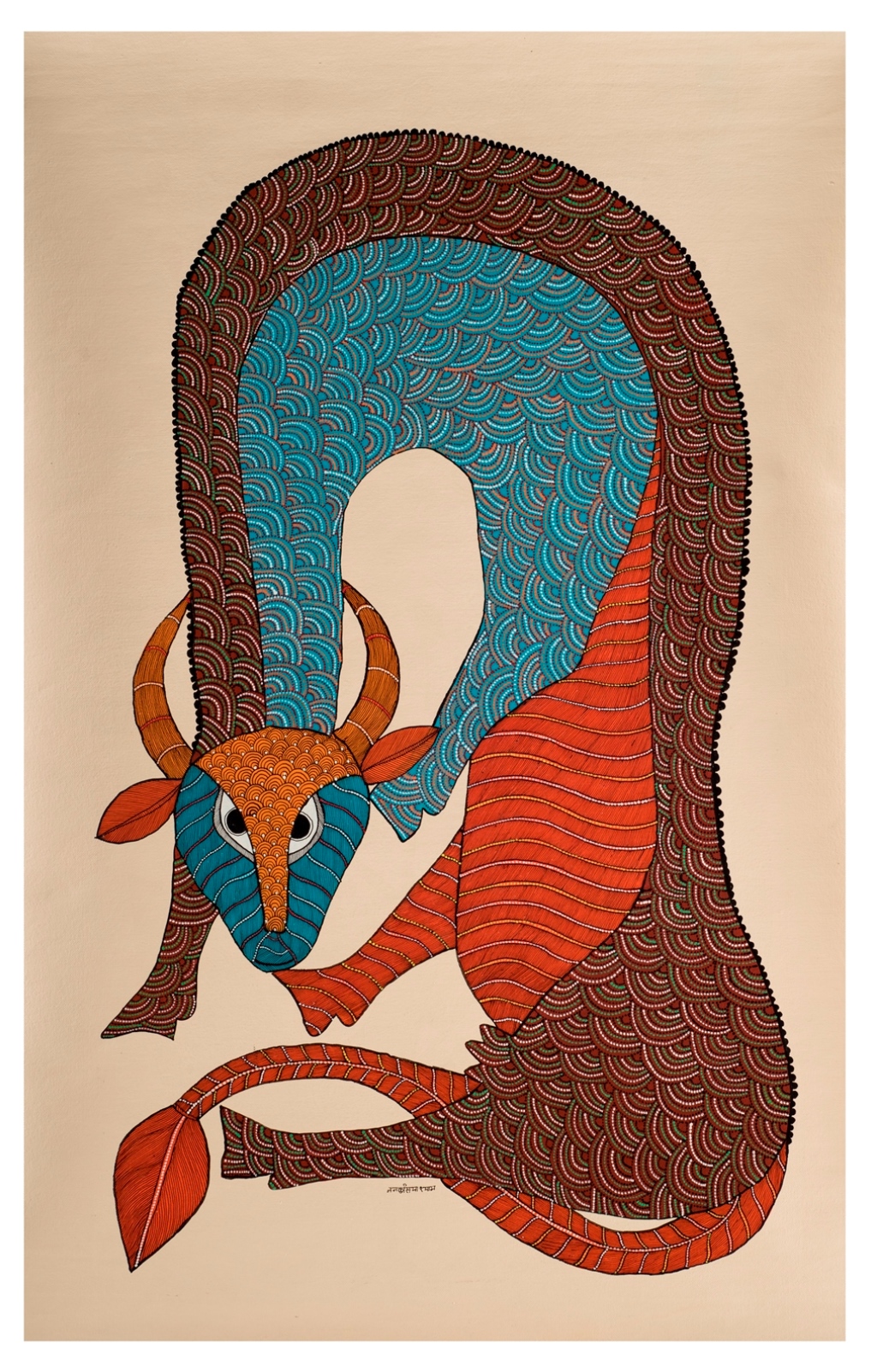 Nankusia Shyam, Untitled, acrylic on canvas. The widow of the Gond painter Jangarh Singh Shyam, Nankusia paints the animals she saw while growing up in Sonpuri. 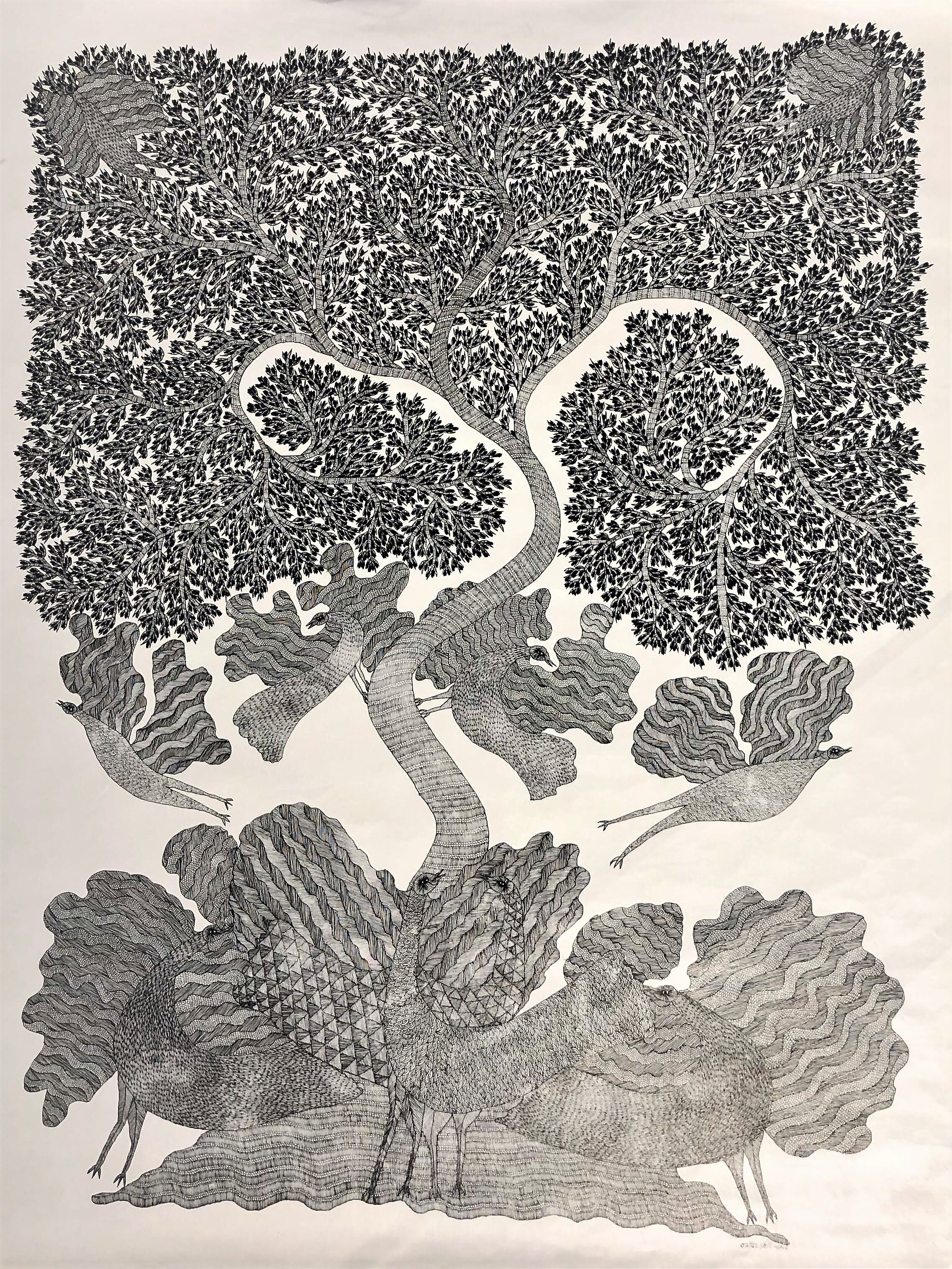 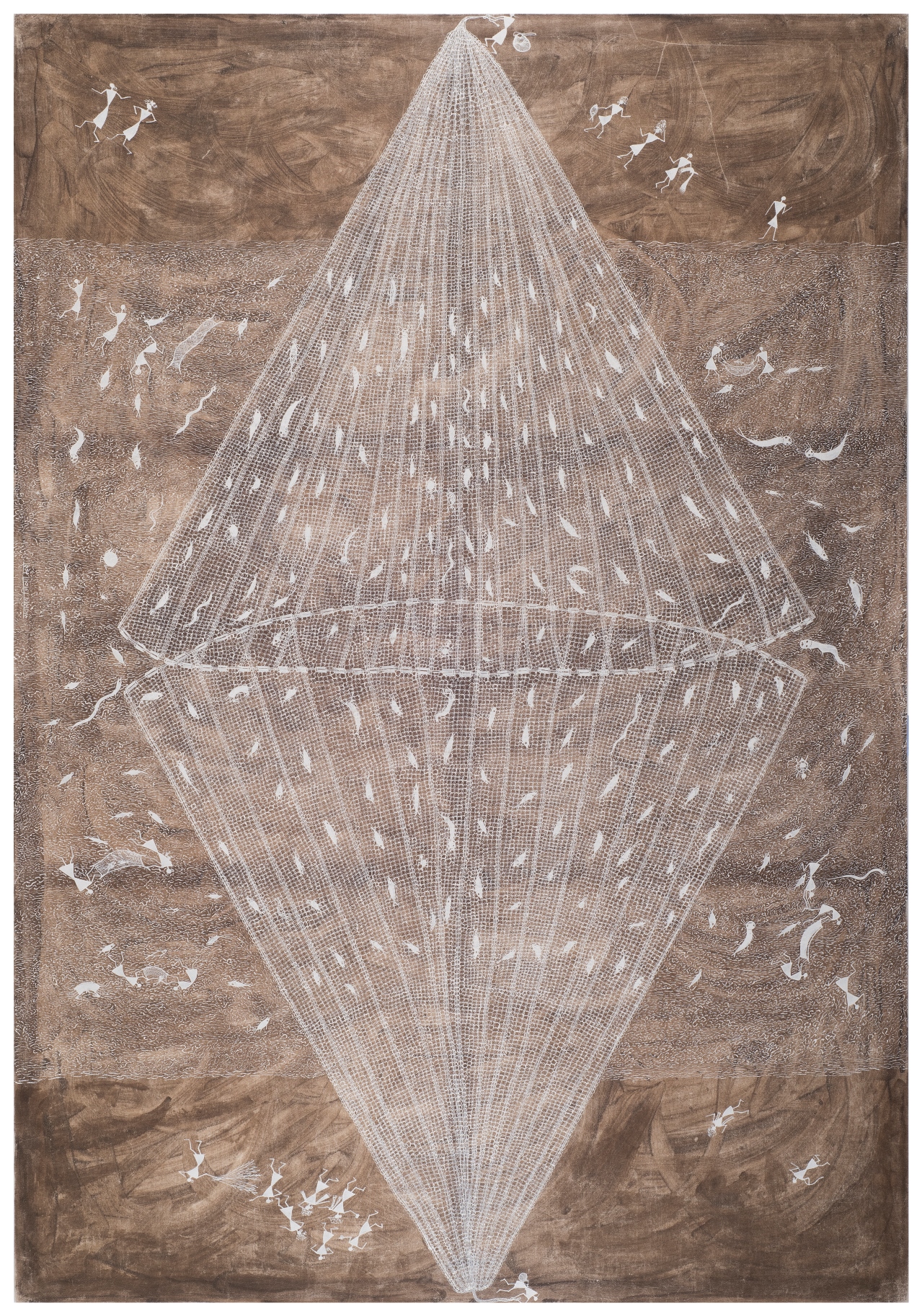 This article was originally published on https://qz.com/india/1167106/if-the-west-can-appreciate-indias-tribal-art-why-cant-indians/