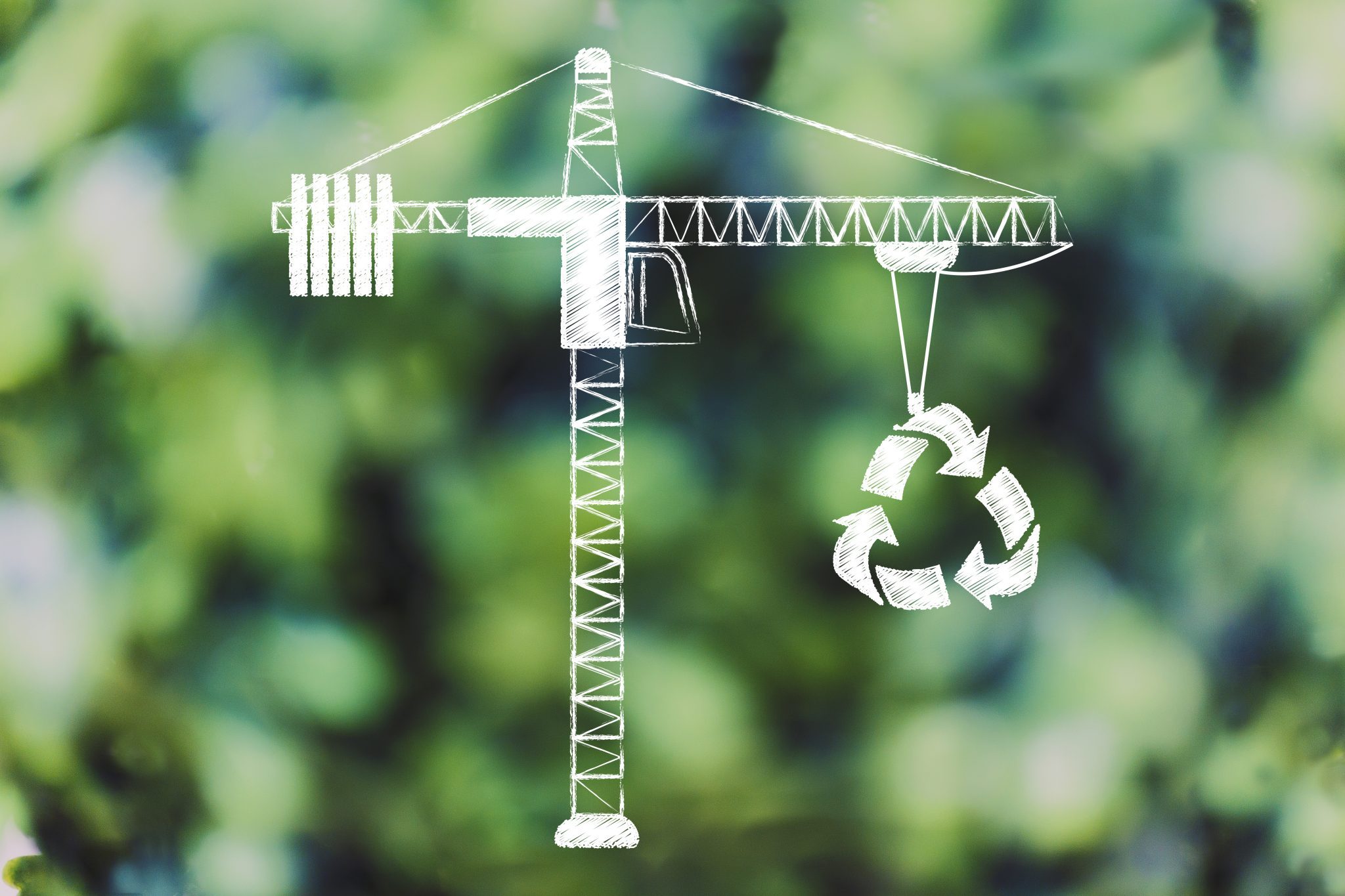 Management of C & D Waste: A Way Towards Positive Climate

Formulation and implementation of strategies to reduce climate change is a global concern for developed as well as developing nations. It has been reported that 22% of green house gas (GHG) emissions is contributed by the construction sector in India as reported by Reddy (2009). Boom in the construction sector has become one of the major concerns for degradation of environment and the climatic change. Any new construction, renovation of old building and demolition of old buildings generate waste which has been designated as C & D waste. This generally consists of cement, concrete, wood, gypsum, plastics and salvaged building materials. Sustainable construction which means minimum environmental degradation for meeting the infrastructural needs of the society is the greatest challenge for various stakeholders of the construction sector. As per Global Status Report 2017, 36% of Global Final Energy use , is due to building and construction activities, which accounts for 39% of carbon dioxide emissions related to energy.

Though energy efficient buildings and use of sustainable, materials are major areas of research and development and modern construction methods are putting due focus on the utilization of such techniques but management of C & D waste (CDW) from construction industry is one such areas which is still to be given due importance by all the stakeholders including architects, builders, contractors and various other professionals. It has been reported that 2 to 3 billion tonnes of C & D waste is produced annually at global level as per Vilas and Guilberto (2007). As per CPCB, GOI, Construction Industry was responsible for generating 12 to 14.7 million tonnes of solid waste out of total solid waste of 48 million tonnes generated in year 2000 as reported by TIFAC. The Ready Reckoner on CDW generation released by the Buildings Materials & Technology Promotion Council (BMTPC), MoHUA, GOI in 2018, estimates that 100 million tonnes of CDW is the closest approximation for nationwide generation. Out of total C & D waste generated, soil, sand and gravel contributed 4.2 to 5.14 million tonnes/year, brick and masonry contributed to 3.6 to 4.4 million tonnes/year and concrete contributed to 2.4 to 3.67 million tonnes/year. As per TIFAC new construction, renovation/repair or demolition accounts for 50kg/m2, 45kg/m2 and 425kg /m2  of waste respectively.

In India, other than the construction debris lying on the road side and other low-lying areas, significant demolition can be seen in older cities and is often preceded by  construction, as older buildings are demolished to make way for newer ones, typically high-rises. The indiscriminate dumping of C & D waste due to its mismanagement has resulted in obstruction of drainage and worsens urban flooding, contributes to particulate air pollution when carried by wind, disrupt local hydrology and associated ecosystems, results in leaching of hazardous materials and thus creates brown fields and groundwater contamination. C & D waste can be also associated with energy crises. An analysis of the  study done by Reddy (2009) by considering the annual production of building material in India, reveals that avoiding one burnt clay brick can save energy to the tune of 4000GJ. Similarly  one tonne of cement and one tonne of structural steel can save energy to the tune of 3.475 and 40GJ respectively.

Thus avoidance of small quantities of building material in the form of C & D waste can save vast amount of energy requirements. The study also reported that CO2 emission from cement industry in India alone was 40 million tonnes per year as reported in 2005. Other than Energy Consumption in manufacturing and transporting building material has direct relation to GHG emission and thus has impact on climate change.

Many studies have reported that out of various reasons for generating C & D waste, there are several reasons at the planning and designing stage of the building. A significant amount of C & D waste arise due to design modifications at later stage, specification alterations, client required post construction changes and lack of planning for waste storage and its utilization. Even strategies to reuse the building material need to be devised beforehand so that as and when waste is generated its potential utilization is carried out. This also includes encouragement for modular construction methods which standardize the sizes and material requirements, adaptation of Building Information Modelling (BIM) to simulate design before it gets constructed. Waste minimization targets need to be developed and should be monitored and reviewed.  One important step towards a sustainable building is to design it for engineered deconstructions also, so that at the end of its life, available resources can be mined for future building usage in most economical way. This can be achieved by preparying waste management plan as mandatory requirement, similar to practice followed by countries like Germany, Denmark and Hong Kong.

A school building in Rajkot, designed by Ahmadabad-based architect Surya Kakani is a very good example of C & D waste utilization. This building has been built from the debris of the Bhuj earthquake. The Institute of Rural Research and Development (IRRAD) building in Gurgaon has innovatively recycled and utilised its own construction waste in the building.

Thus if suitable C&D management strategies are adopted at an early stage before construction or demolition begins, it will certainly have a climate positive impact.