A fire broke out at the Cathedral of Notre-Dame in Paris on Monday evening, destroying its spire and severely damaging its roof.

What we know about the fire

• The fire began at about 6:30 p.m., and the Paris fire chief, Jean-Claude Gallet, said it started in the attic. More than nine hours later, the authorities said the fire was “under control,” but a hole in the timber roof left by the cathedral’s fallen spire continued burning. The cathedral’s rector, Msgr. Patrick Chauvet, said the fire appeared to have started in an interior network of wooden beams, many dating back to the Middle Ages and nicknamed “the forest.”

• No one was killed, officials said, but a firefighter was seriously injured.

• The doors of the cathedral shut just before a last rush of tourists tried to get inside, witnesses said, and not long afterward smoke could be seen rising from the spire. Video showed that scaffolding around the base of the spire, part of extensive renovations that were underway, was one of the first places to visibly catch fire.

• Around 500 firefighters were deployed to Île de la Cité, the island in the heart of the city where Notre-Dame is situated, and they battled to control the fire for nearly five hours. 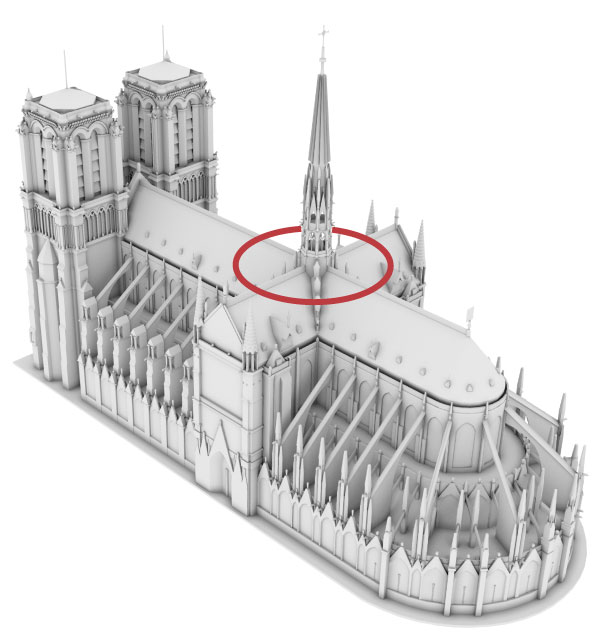 What we know about the damage

• By 11 p.m., Mr. Gallet said that the structure, including its two frontal towers, had been “saved and preserved as a whole,” but that two-thirds of the roof had been destroyed.

• “The worst has been avoided even though the battle is not completely won,” President Emmanuel Macron of France said, adding that he would launch a national funding campaign to help rebuild the cathedral. 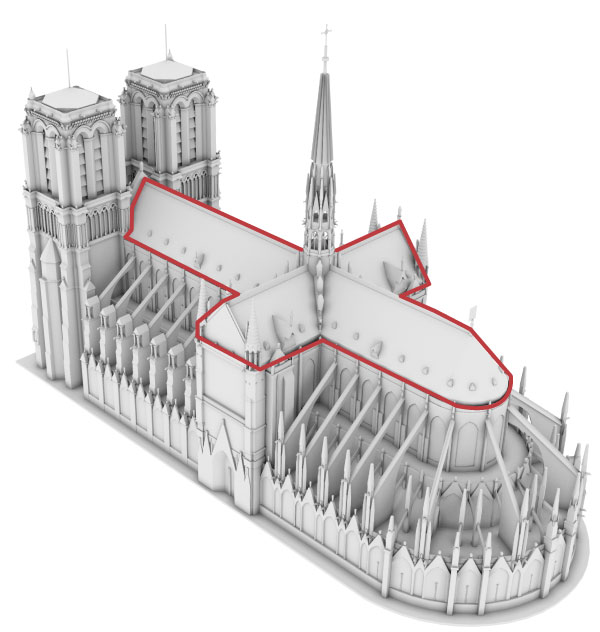 • The 295-foot spire, a wood-frame structure covered in lead that was built when the cathedral was renovated in the 19th century, appeared to be destroyed: After its partial collapse, the fire consumed much of the roof where the spire had stood.

• Some of the cathedral’s art may have been saved because of recent renovations. Last week, for instance, 16 copper statues representing the Twelve Apostles and four evangelists were removed with a crane so that the spire could be renovated.

• Firefighters were able to save some of the cathedral’s artworks, including linen fabric associated with Saint Louis, the crown of thorns and the cathedral’s treasury, according to Monsignor Chauvet.

• Mr. Gallet said firefighters were still rescuing artworks in the building hours after the fire had started, and that the main risk to them was smoke within the cathedral and the fall of materials, including melting lead.

• A photo showed smoldering debris in the cathedral’s nave, as well as the intact altar and statuary and a cross behind it, as well as several rows of surviving pews. 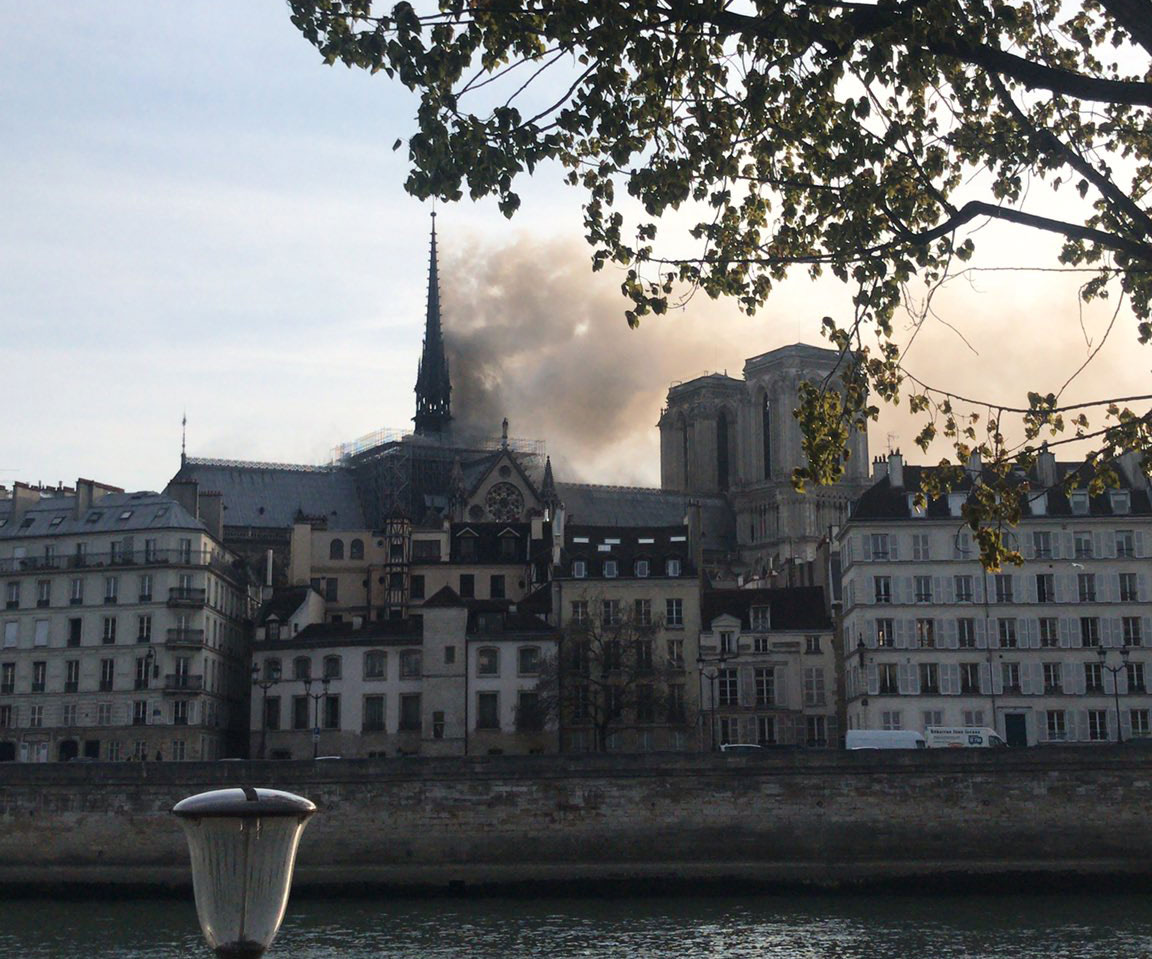 What we don’t know

• The cause of the fire remains unknown.

• The condition of many works, inside the cathedral and part of its structure, remains unknown. The flames threatened to melt the cathedral’s three huge “rose” stained-glass windows, for instance, and could have destroyed or damaged the church’s three organs and dozens of paintings and sculptures, some dating to the 17th century.

• Many parts of the structure were already damaged and in need of restoration: Broken gargoyles and fallen balustrades had been replaced by plastic pipes and wooden planks. Such areas may have been particularly vulnerable to the flames and falling debris. 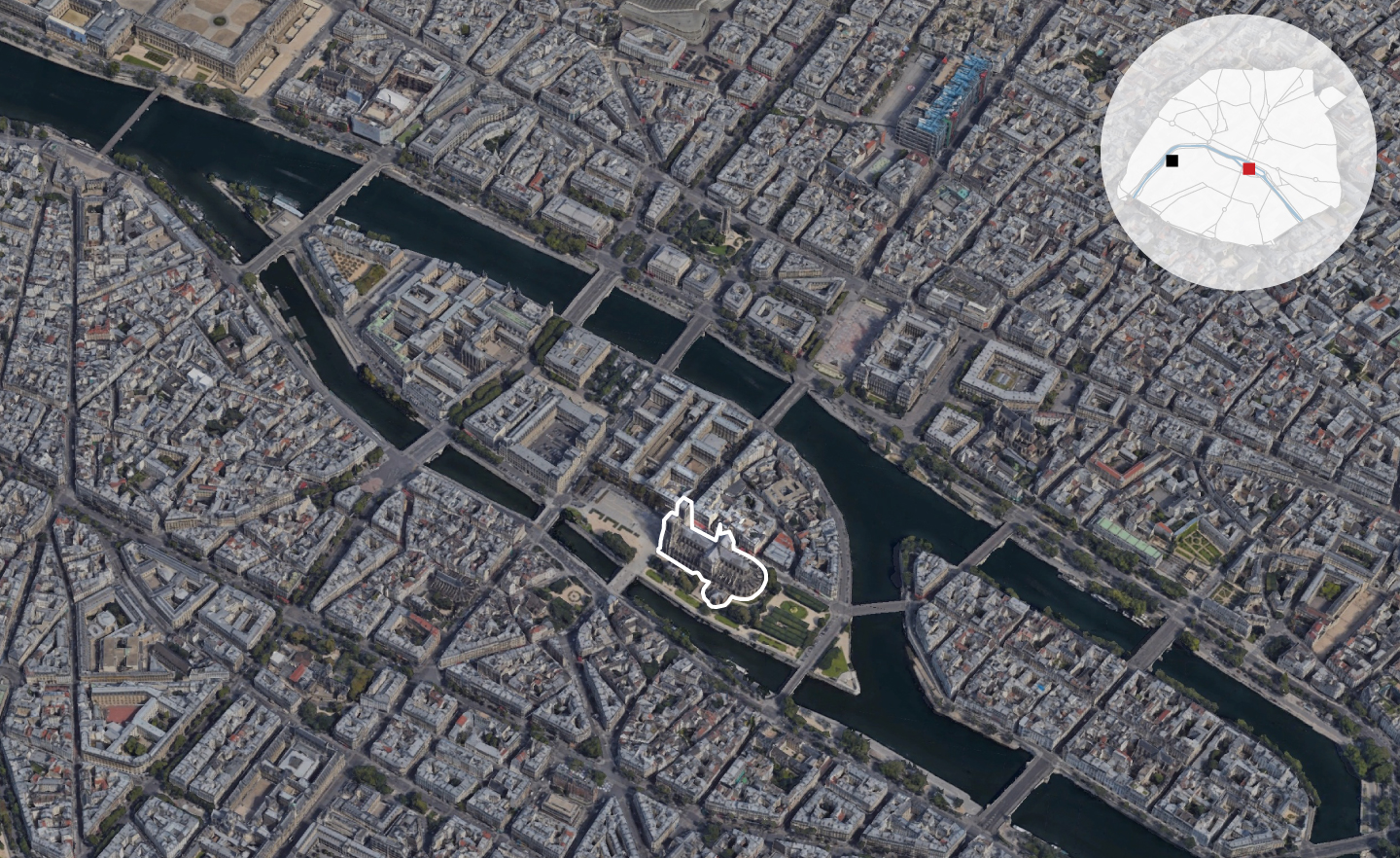 Fire safety experts said houses of worship can pose special problems for firefighters. The cathedral’s wood roof, for instance, is made of a flammable material and is difficult to reach.

“These cathedrals and houses of worship are built to burn. If they weren’t houses of worship, they’d be condemned,” said Vincent Dunn, a fire consultant and former New York City fire chief.

Notre-Dame is located directly in the center of the city on a small island called Île de la Cité, which may have been more difficult for firefighters and emergency workers to reach. As of 8:30 p.m., Paris time, all roads on the island were closed.

Four hundred firefighters were battling the blaze on Monday evening, according to France’s interior ministry.

By 11 p.m., Gen. Jean-Claude Gallet, the Paris fire chief, said that the structure, including the two magnificent towers soaring above the skyline, had been “saved and preserved as a whole,” but that two-thirds of the roof was destroyed. The cause remains unknown. 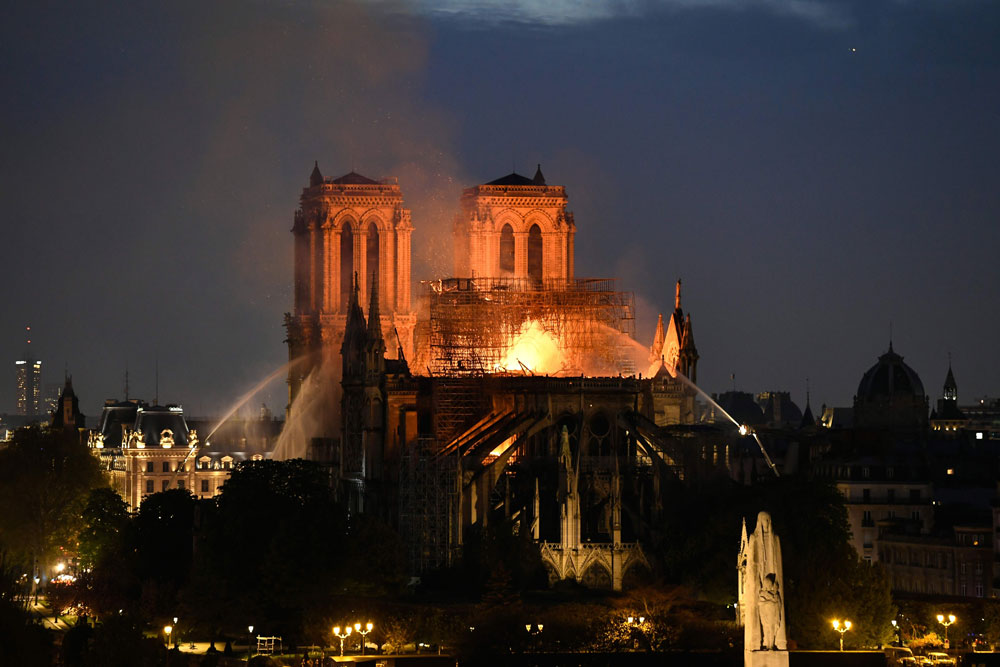 This article was originally published on The Newyork Times.
https://www.nytimes.com/2019/04/15/world/europe/notre-dame-fire-what-we-know.html