11/04/2019
Next Miracles of Architecture in 21 Century by Zaha Hadid Architects.

Founded by the late Zaha Hadid (1950-2016) in London when she was 38 years old, Zaha Hadid Architects gained a reputation for futuristic structures that landed with grace and alien obscurity in their contexts. Her practice spawned the epic creations of the Phaeno Science Centre and the Bergisel Ski Jump, and later shaped the visions of London Aquatics Centre and Port House in Antwerp. Work continues, with Patrik Schumacher at the helm, and in the last couple of years ZHA has continued to transport us (even further) with completed projects such as Morpheus Hotel in Macau and Riyadh’s King Abdullah Petroleum Studies and Research Center. Here we take a look at what’s to come...

Located near the Burj Khalifa, The Opus comprises two separate towers that coalesce into a singular tower and take on the form of a cube. The cube is carved to create an eight-storey, freeform void that becomes a new building in its own right, providing views from the centre to the exterior of the main building.

The two towers are linked by a four-storey atrum at ground level, with a connecting bridge 71m above the ground and 38m long. The building will house the first ‘ME by Melia’ hotel in the Middle East as well as 12 restaurants, a rooftop bar and office space. 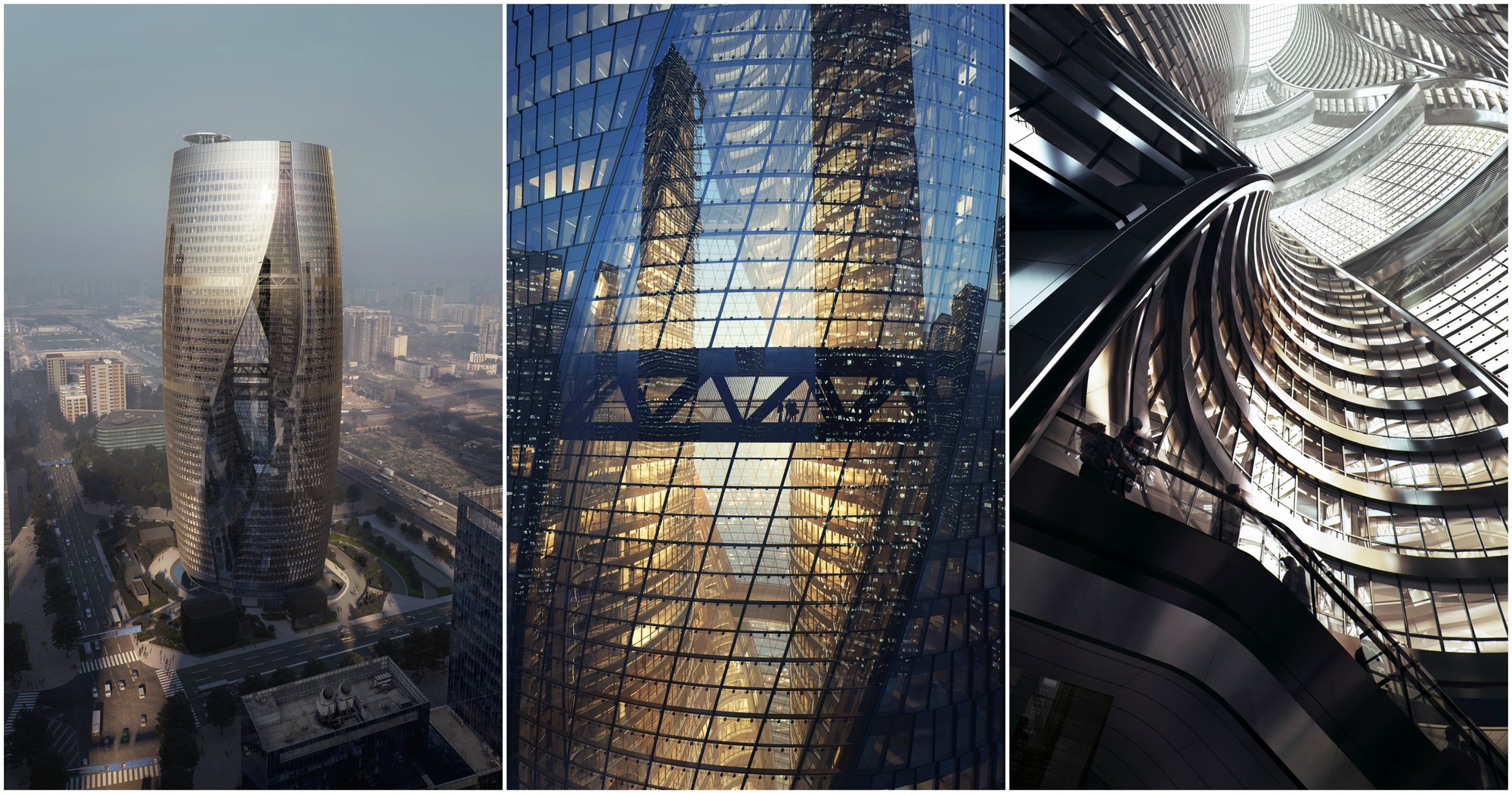 An anchor for the Lize Financial Business District, a new business, residential and transport hub in Beijing, the Leeza Soho is located directly above a new interchange station, also currently under construction. The tower rises as a single volume, yet at its base it straddles the new subway tunnel that diagonally divides its site. The building will contanig the ‘world’s tallest’ central atrium that extends 190m through the full height of the building, following the building’s design as it twists 45 degrees. The new atrium is destined to be a new public space for the city. 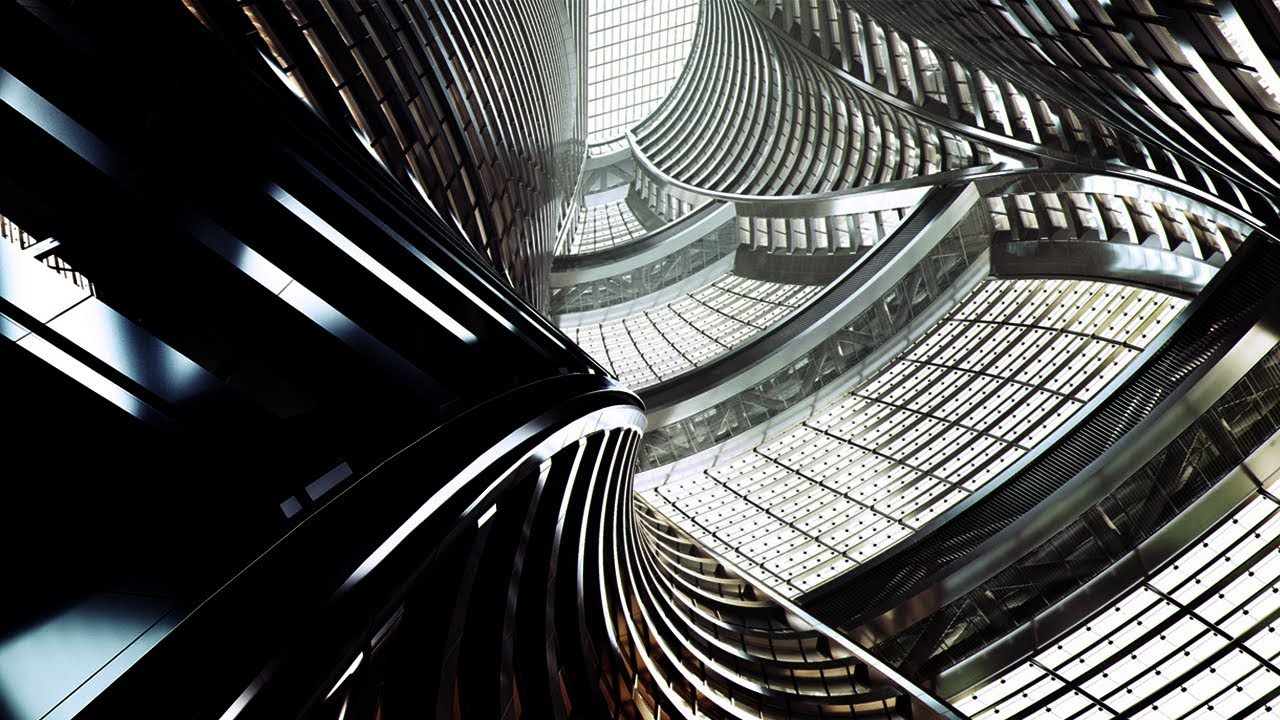 The building which holds office and retail space is a collaboration between Zaha Hadid Architects and Soho China. It will have an outdoor, public piazza surrounding it, the shape echoing the shape of the tower. The twist of the building allows natural light and multiple viewing points of Beijing from all floors. Sky bridges across the structural rings and a double insulated glass façade unites the two parts of the tower together.

The King Abdullah Financial District Metro Station will be a key interchange on the Riyadh Metro network for Line 1 and as a terminus for the airport on Line 4 and Line 6. The metro station features six platforms over four public floors, with two levels of underground car parking. Through the design, ZHA emphasised the building’s importance as a functional public space contributing to the city, not only as an intermediate place for travelling through. 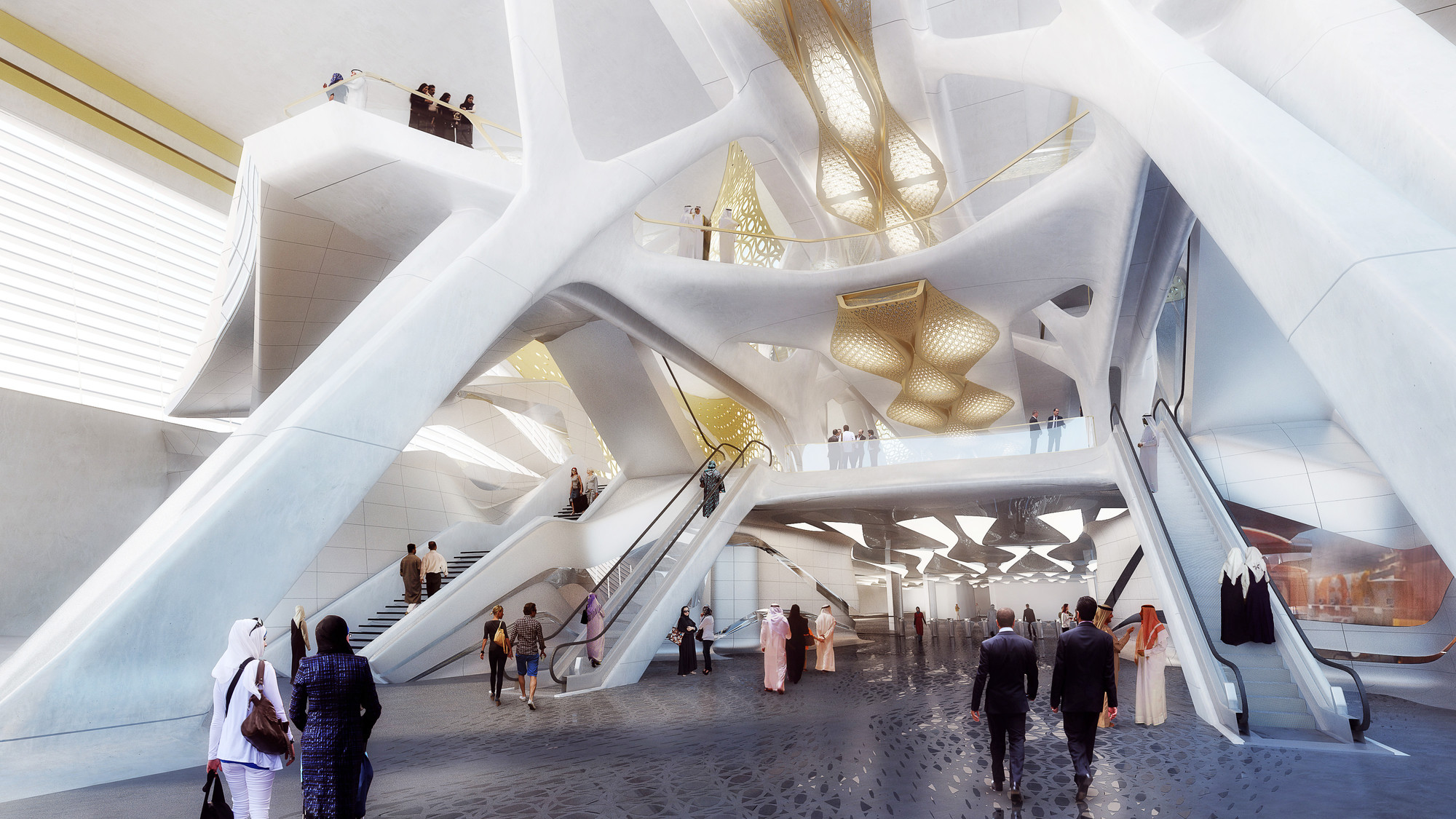 The station is connected by a series of pathways, skybridges and metro lines envisaged by the metro station master plan. Traffic was mapped across the site clearly to delineate direct pedestrian routes avoiding congestion. The resulting configuration was a three-dimensional lattice defined by a sequence of opposing sine-waves. The façade patterning reduces solar gain while its geometric perforations contextualise the station within its cultural environment. 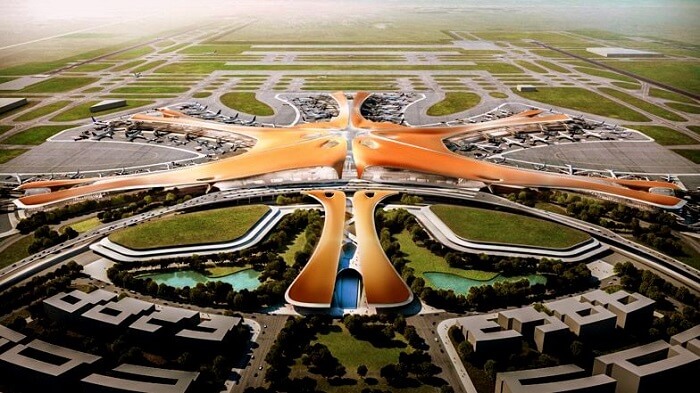 Beijing’s new international airport is set to accommodate 72 million passengers per year by 2025, with the possibility for further expansion to accommodate 100 million passengers and four million tonnes of cargo annually. ZHA prioritised the users of the building across the design that is based around a six pier radial plan for convenience and easy expansion. The terminal is compact, minimising distances between check-in, gates and transfers.

Based on principles of traditional Chinese architecture, the airport layout features interconnecting spaces organised around a central courtyard – a multi-layered meeting space at the heart of the airport. Flowing parabolic folds within the terminal’s vaulted roof reach to the ground to support the structure and bring natural light within, directing all passengers towards the central courtyard. 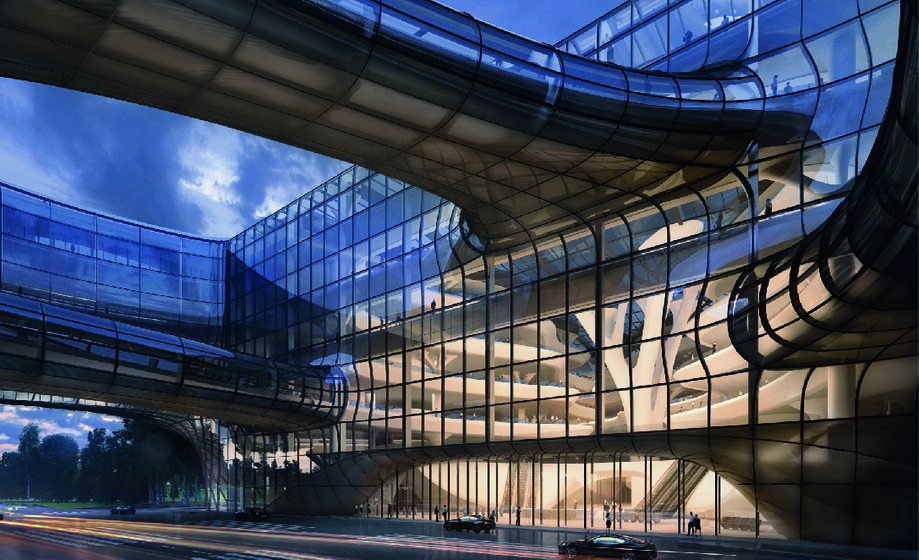 In Russia’s equivalent to Silicon Valley, the Sberbank Technopark at the Skolkovo Innovation Centre, will be the home to new laboratories and campuses for IT, biomedical, energy, nuclear and space research. ZHA’s client, Sberbank, was established in 1841 and is a market leader of the Russian banking and economic circulatory system.

The 262,000sq m Sberbank Technopark will accommodate 1700 employees working in Sberbank’s information technology and marketing departments. The design resulted from an analysis of the varied work processes and arrangements of the bank and will enable the team to pilot innovations and prototypes from the site.